Convener of the JAC Majabung Gangmei said that the 48-hour road blockade announced by the JAC on national highway 29 and national highway 37 will come into force from September 27 midnight till midnight of 29.

The Joint Action Committee (JAC) against the Brutal Murder of Athuan Abonmai said the JAC will go ahead with its proposed agitations.

This was stated by the convener of the JAC, Majabung Gangmei while briefing the media at Tarung on Monday.

Gangmei claimed that the incident which led to the death of Athuan Abonmai was an outcome of security lapses and therefore, the JAC has been demanding suspension of the DC and SP of Tamenglong.

“As they (DC and SP) are the ones who are maintaining the law and order in Tamenglong, they are the ones who should be held responsible for the abduction and cold-blooded murder of Abonmai”, he added. 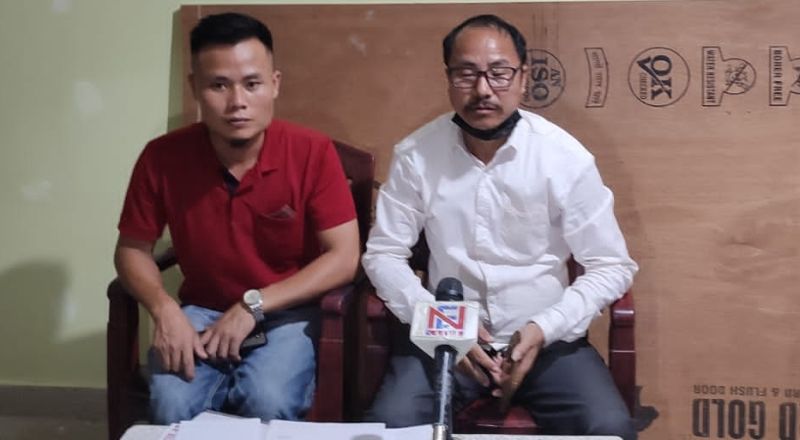 The convener also informed that the representatives of the JAC also met Chief Minister N Biren on Monday and reiterated their demands. But the talks ended inconclusive after the state government sought more time, he said.

Gangmei further said that the proposed 24-hour total shutdown from September 29 midnight till September 30 midnight will also be imposed. The agitations will continue unless the state government fulfills all the demands of the JAC, he added.

The post-mortem of late Abonmai which was scheduled to be conducted on Monday has been postponed until tomorrow, he said. Even if the post mortem of the body has been conducted, the JAC told the chief minister that they will not receive the body, said Gangmei. During the meeting, it was learnt that the process for handing over the case to NIA has already been initiated, the convener said.

On Sunday, the governor of Manipur issued an order for the transfer and posting of IAS officers and IPS officers. The order includes transfer and posting of the superintendent of police of Tamenglong Mohurle Sandip Gopald as superintendent of police CID (Technical), and deputy commissioner of Tamenglong Armstrong Pame as special secretary (Rural Development and Panchayati Raj) and state mission director Manipur State Rural Livelihood Mission.