How a choir director reaches out to rural youths through music

Speaking to the Imphal Free Press, Raireingam said that “music can break barriers and can be people's best companion in good times as well as in bad times. 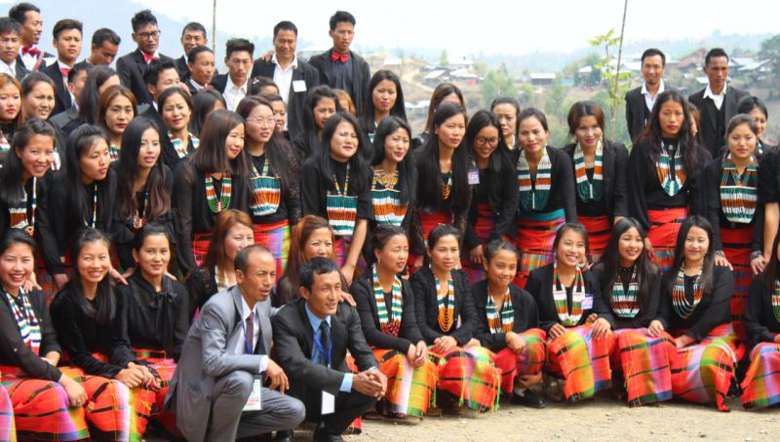 Armed with the zeal to share and learn along the journey, Northern Tangkhul Naga Baptist Association choir director T Raireingam called upon the youth to spread communal peace and harmony through music.

Speaking to the Imphal Free Press, Raireingam said that “music can break barriers and can be people's best companion in good times as well as in bad times. Its effect is so magical that it could even attract people who are not used to paying attention to lectures. What people cannot express through words can be communicated through music.”

Commenting on the power of music to bring change in society, the choir leader said the best thing about music is that it gives room to the listeners to vent their thoughts and emotions freely. “Music can be an effective agent of change in today's violence marred and broken societies,” he added.

From being a church choir member, Raireingam rose to become a full-time choir leader as choir director. Since then, offers kept pouring from various areas to lead the youth, he said.

Composer-cum-songwriter, he had produced around 30 originals, including his famous Manipuri gospel song ‘Lengshel Lak-U’ and ‘Iyar Ithot’ among others. The former was a welcome song for an august congregation while the latter is dedicated to his peer group.

Raireingam has been around for more than two decades performing the role of a choir director and pianist which are his forte. His main mission is to finetune vocal, piano, conducting, and notation, which are indispensable elements in the life of a musician. He was a passionate singer from his early days. His lyrical subjects centred on simplicity of early childhood memories, an ode to his father, socio-political and religious derivations of the contemporaries.

Raireingam has been serving as NTNBA choir director for two terms, including the current one. He had visited a number of Tangkhul villages in his mission to impart musical training to the youth of today.

While being a church choir director, he made it a point to further hone his piano and conducting skills in Imphal and Bangalore.

A youth from the region commented that with Raireingam’s entry in the field of music, positive changes could be seen in the area of NTNBA youths performance.

"Song is a medicine to heal deep pain. When you are faced with mounting pressure or down with sadness, music speaks to your heart. What cannot be communicated and expressed verbally with God and people, music is the way out to connect. Those who are not used to lengthy lectures or sermons, music can hook them to the teachings,” said the choir director.

How a deaf couple tide over poverty and tough life