Himalayan Sapriya is a flower which grows on decomposed roots and it is included in the Red Data Book of Botanical Survey of India.

Himalayan Sapriya, a rare parasitic plant which belongs to the family of Rafflesiaceae has been found blooming at Lairamphungka village in Kamjong district of Manipur. Earlier in 2018, the flower was spotted in Tamenglong district.

Himalayan Sapriya is a flower of parasiticnature which grows on decomposed roots. Considering it as an endangered species, it is included in the Red Data Book of Botanical Survey of India. 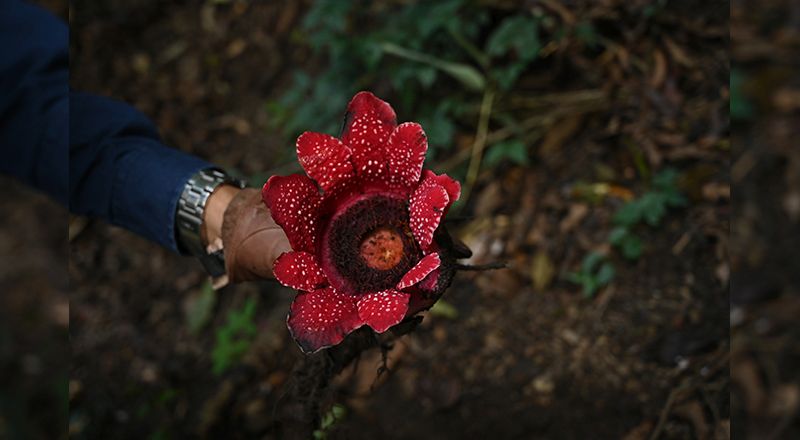 When Imphal Free Press visited the place and enquired about the flowers, some of the villagers said that they have come across the particular flower for many years but no one paid attention to them as they thought it was just a forest flower. The flowers grow deep into the forest from the ground covered by fallen leaves, after rainfall when there is high humidity.

CSIR principal scientist Huidrom Birkumar told the Imphal Free Press that the exact identity of the flower plant has been established as Sapriya Himalayan Griff, commonly called as Himalayan Sapriya that belongs to the family of Rafflesiaceae. 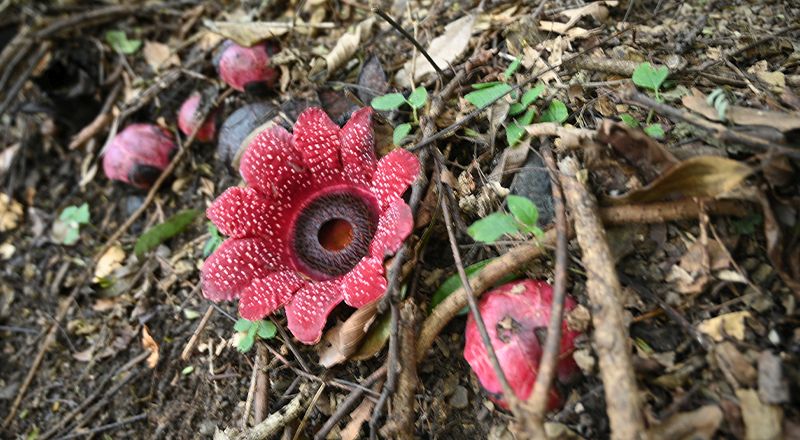 The plant is a rare holoparasitic angiosperm which grows mostly on roots of the members of Vitaceae family including grapes. As reported by the Botanical Survey of India, the plant is in the endangered category.

As per the survey, there are records of the species being found in other areas in Northeast but there have been no recent sightings from the Northeast areas.

In December, 2018, sightings were reported in a village called Chingkao, Tamenglong district and again in November 2020 at a village called Khunbi (Yulli) in Tengnoupal district (Neighbouring district to Myanmar). Birkumar said that further studies will be initiated on the flower.