The Union Taekwondo Academy has felicitated its International players and the squad who recently claimed 16th Governor's Cup Champion title at a function held at TS Paul Women's College, Manipur on Sunday. 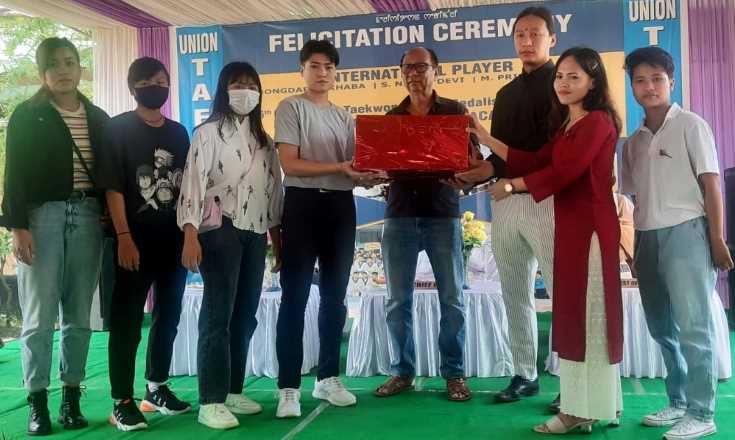 MAHUD minister Y Khemchand while appreciating the achievement of UTA also urged to keep pace with changing and developing scenarios of Taekwondo worldwide, to attain further height and glory. “At one point of time, we were unstoppable in the disciplines but as many states and countries have made advancement, and even qualifying for International or Olympic Games had become very difficult due to the stiffness in competition. So learn well, work hard with even greater zeal to reach the goal,” he said.