Both the losing semi finalist, Blue Hawk Khurai and PTRC Patsoi were awarded Rs 50,000 each. The Man of the Series was bagged by Kangabam Priyojit Singh of TRAU Kwakeithel, who smashed 447 runs and took 13 wickets from 7 innings, with a cash award of Rs 15,000. Priyojit also bagged the Highest Run Scorer with a cash prize of Rs 10,000 with trophy. 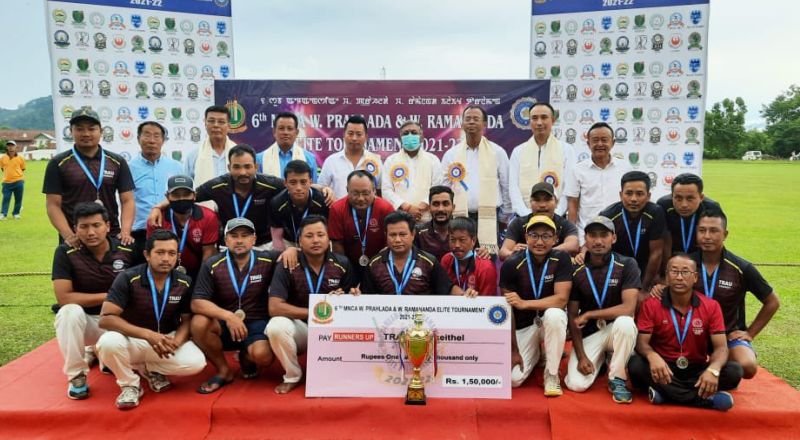 The MNCA also feted Match officials including scorer, video analyst, umpires, match referee, physios and ground staff for their assistance in the tournament.

YAS Minister Govindas Konthoujam along with YAS Director, T Phulen Meitei and W Bhaktaraj Singh who is the Donor, graced the closing function and distributed medals and trophies to the team.