Chief Minister Neiphiu Rio, along with former CM Zeliang, paid tributes to victims of Oting incident and said the act of killing innocent civilians was a misuse and abuse of AFSPA.

The Oting incident was a misuse and abuse of the Armed Forces (Special Powers) Act, 1958, Nagaland Chief Minister Neiphiu Rio said in his memorial message during a tribute programme for the victims held at the Capital Cultural Hall in Kohima on Thursday. The Act is violative of human rights and the Naga people have opposed it for decades, he added.

Rio expressed his condolences to the bereaved families of the victims, and urged the public to remain strong and courageous, and appealed not to retaliate. He asked the people to defeat violence with non-violence and show the nation that AFSPA is not needed. He added that the society cannot allow any force to derail the hard won peace process.

The Chief Minister hoped that the country and the rest of the world will not only understand the Nagas' story but also the want for lasting peace, the report added.

Also speaking on the occasion, former Chief Minister of Nagaland, TR Zeliang called for repeal of AFSPA, while stating that it brought only pain and suffering. He also said that no amount of reasons can justify the killing of innocent civilians and urged the government to leave no stones unturned to bring the perpetrators to justice. Zeliang further said that when the Nagas are anticipating the final breakthrough in the Indo-Naga political issue, the Oting incident had come as a rude shock. 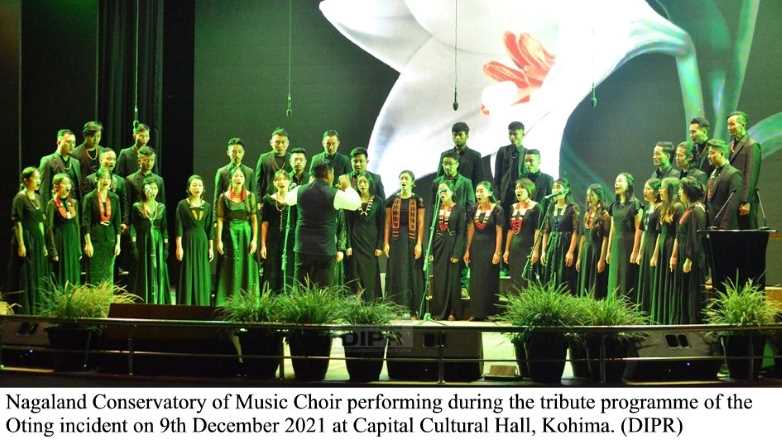 President of Konyak Union Kohima, H Angnyei Konyak shed light on the Oting incident, the DIPR report said. He called for revocation of the AFSPA and added that the country does not want to see another Oting incident. He also lamented at the misinformation being spread by the media. Konyak expressed his gratitude at the solidarity shown by various sections of the society.