Chief Election Commissioner of India Sushil Chandra said he had met Christian leaders in the state on Monday.

Chief Election Commissioner of India Sushil Chandra on Tuesday assured that the demand for rescheduling of poll date for the first phase Manipur Assembly election 2022 by the Christian community in the state will be discussed after he returns to Delhi.

He was addressing a press conference in Imphal, regarding the poll preparedness for the ensuing election of Manipur. 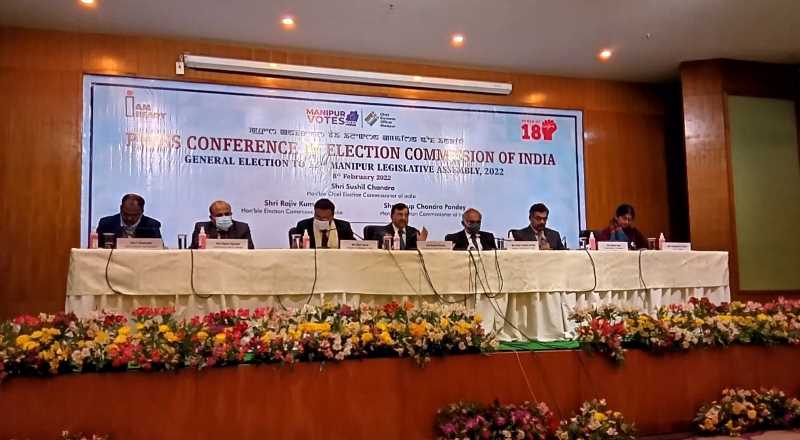 Demanding the government to reschedule the polling date of the first phase of the Manipur state assembly that falls on Sunday (February 27), the Christian Action Committee (CAC) under the aegis of All Manipur Christian organisation (AMCO) staged a peaceful protest at William Pettigrew Park, MBC Church, Chingmeirong and near Bir Tikendrajit International Airport on Monday. The CAC warned of intensifying the agitation if the authorities concerned failed to meet their demand. 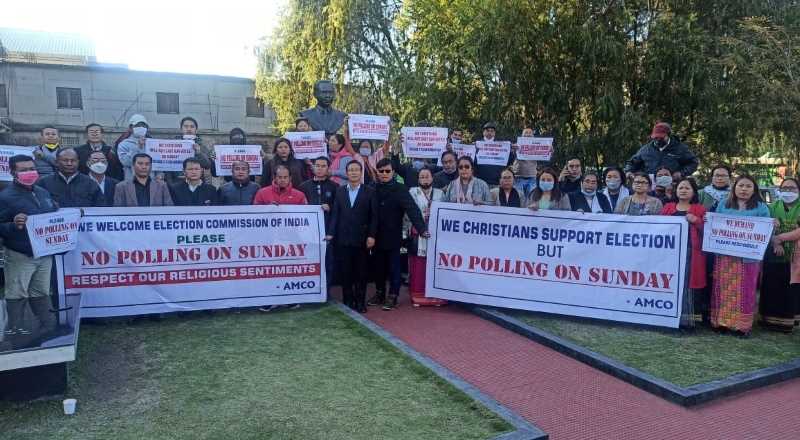 Sushil Chandra also said there will be a total of 487 polling stations (16.4 per cent of the polling satations) across the state which will be totally manned by women as a part of the effort to boost women empowerment. Of the 60 assembly constituencies in the state, five assembly constituencies, namely Singjamei, Thoubal, Yaiskul, Wangkhei and Churachandpur will have all polling stations managed exclusively by women, he added.

He also said that the income tax department verified the value of assets filed by the candidates in their affidavits so far, and the values of assets mentioned in their respective affidavits were found true.

The Commission has zero tolerance towards abuse of money power or government machineries in the ensuing Assembly election of Manipur, he said. 20 expenditure observers have been deployed to ensure that the electoral process is not unduly influenced by money power, he said.

In addition, a special expenditure observer has also been deployed for overseeing the poll process and ensuring a level playing field for all political parties, he added.

He informed that six expenditure sensitive assembly constituencies have been identified in the state for closer monitoring.

Since the announcement of elections, seizing of items worth Rs. 97.6 crore have been made in the state. They include Rs 1.48 crore of cash, liquor worth Rs. 40 lakh, narcotics worth Rs 81.5 crore, freebies and gold worth 14.2 crore, he informed.

Mentioning that the commission has also harnessed technology to facilitate empowerment of voters to report violations of Model Code of Conduct and abuse of money power by activating the ‘cVIGIL App,’ he encouraged the general public for wider use of the application.

He further informed that the total number of electors in the state is 20,34,966 as on date of final publication. The commission is expected to add around another 13,500 voters till the finalisation of the electoral rolls for conduct of elections, as part of continuous updation of electoral rolls, he said.

Despite challenges of net connectivity, webcasting will be arranged in 2,400 of the 2,968 polling stations (over 80 per cent) being set up in the state and the remaining will be covered with offline videography, he continued.

Election expenditures limit of candidates has been increased to Rs. 28 lakh from Rs. 22 lakh as the commission encourage digital communication for all election activities, he added.

The chief election commissioner along with his ECI team visited Imphal on Monday and left Imphal on Tuesday. During their visit, the team meet representatives of nine political parties (AITC, BSP, BJP, CPI, CPI-M, INC, NCP, NPP and NPF) and took cognisance of their views and suggestions.