The training aims to create awareness among the youths about recruitments in Armed Forces and to guide candidates about the document process, preparation for examination and physical training, it stated. A total of 18 candidates joined the training on the first day and the strength is expected to increase more in coming days, it mentioned, IGAR stated.

With an aim to create a harmonious atmosphere, connect with local populace and spread the message of unity, universal brotherhood, peace and harmony, troops of Assam Rifles organised Eid celebration at Mayakeithel village, it mentioned. 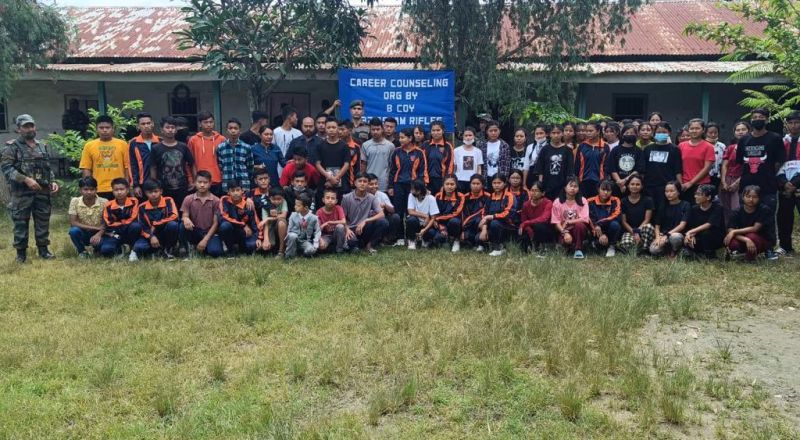 Phundrei Battalion of Assam Rifles under the aegis of IGAR(S) organised a career counselling lecture at Sugnu village, Chandel district Sunday, it stated.

The lecture was focussed to assist, guide and motivate youths to make appropriate choices as per their interest and potential. A motivational lecture on Armed Forces was also given followed by procedure to join Indian Armed Forces and admission in Sainik Schools, it stated.

A total of 53 students attended the lecture, it stated, adding, the event culminated with refreshments to participants.

The aim of the meeting was to strengthen the bonding with local people to maintain peace and harmony in the village. The participation of Meira Paibis, Youths and Village Development Committee was very healthy.

The meet focussed upon measures to empower youths and women and also provided the platform for discussion of various issues being faced by locals.