NAB team said seizure of opium was made at around 4.30 pm in Imphal East as a part of the drive against trafficking of illicit drugs and other contraband items in connection with the state assembly elections.

A team of Narcotics and Affairs of Border (NAB) Manipur on Wednesday reportedly seized around 34 kg of opium from a vehicle registered in the name of sitting Keishamthong MLA, Langpoklakpam Jayanta Kumar Singh, belonging to the National People’s Party (NPP).

Police said the seizure was made at around 4.30 pm as a part of the drive against trafficking of illicit drugs and other contraband items in connection with the state assembly elections.

During the random exercise, a vehicle (Toyota Fortuner) bearing registration number MN06-LA-3456 with flag post, without escort was seen coming at Lamlai area in a suspicious manner from Ukhrul side. When the vehicle was signalled to stop by the NAB, the vehicle tried to escape from the NAB team, said the police.

However, the police team managed to stop the vehicle at Khurai Ningthoubung, Imphal East. During spot verification, the driver of the vehicle identified himself as Salam Khogen Singh, 36, son of S Bobi Singh of Kongpal Chingangbam Leikai, Imphal East. 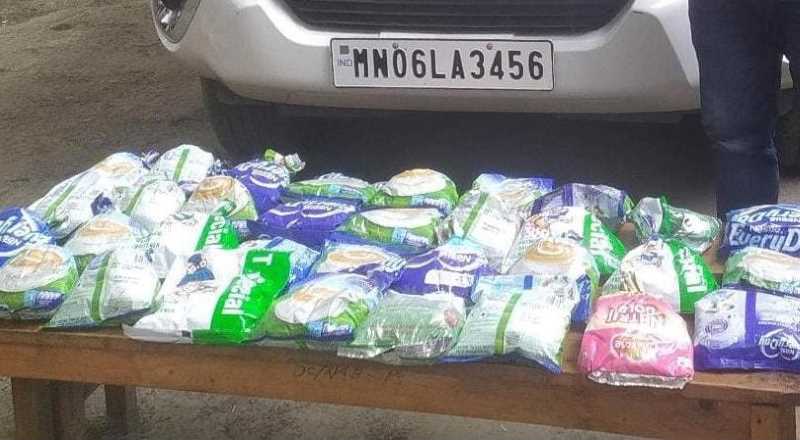 Further, on checking the vehicle, 34 packets (34 kg approximately) of suspected Opium (Kani) was found in the back of the vehicle in two bags. The vehicle was found registered in the name of Langpoklakpam Jayantakumar Singh, son of L Bhagyachandra Singh of Pishumthong Oinam Leikai, Imphal West.

During spot verification, the driver, Khogen stated that he is an inter-state drug trafficker and indulged in trafficking of illicit drugs several times earlier. He further stated that on Wednesday early morning he took the packets of opium from one person of Molnom and Songphel hill range area and came towards Imphal to hand over it to another agent to be sent by his associate in Guwahati.

The Opium was seized by NAB personnel and Khogen was arrested at around 8.30 am of the same day.

The vehicle along with the suspected Opium were seized from his possession. A case has been registered at NAB police station for further investigation.