The BSNL cellular network remained dead since April 25 due to the damage caused by lightning and stormy rains in the district.

Major telecom service provider Bharat Sanchar Nigam Limited (BSNL) customers in remote Tamenglong district of Manipur have been hit hard by network failure. The BSNL cellular network remained dead since April 25 due to the damage caused by lightning and stormy rains in the district.

It may be mentioned that majority of telecom users in the district subscribe to BSNL services, as it was the only telecom company that provided cellular and broadband internet services for long years. Other telecom service providers such as Airtel, Vodafone and Jio network were installed in the district only in recent years.

Despite the presence of other private telecom service providers, BSNL subscribers in Tamenglong remained loyal customers owing to the affordability factor and better network connectivity. Hence, as BSNL cellular network and broadband internet connection remained dead for over 10 days, BSNL users remained isolated and could not carry out their important work.

When this Imphal Free Press correspondent visited the BSNL telephone exchange at Khoupilong, Tamenglong, only one telephone lineman was found stationed. 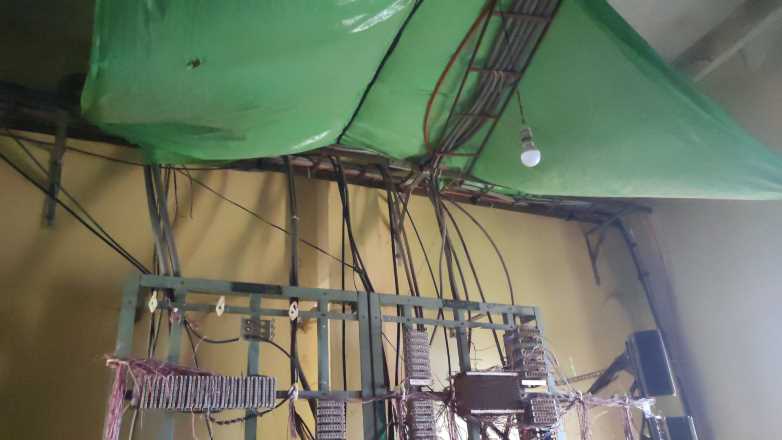 Rainwater was found leaking from the RCC building of the BSNL telephone exchange office. The machines were covered by plastic sheet to prevent damage from the water leakage from the ceiling.

When inquired, the lineman said the water leaking was reduced after ‘tarpaulin’ sheets were spread over the roofing. Also, the old building for the staff quarter looked bent and ready to crumble at any time. 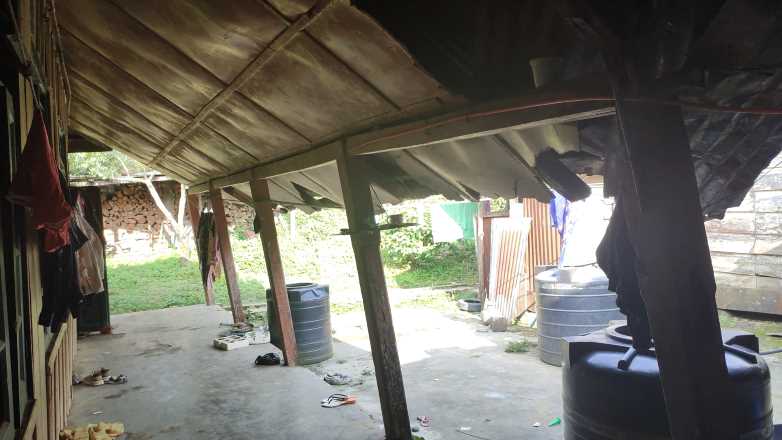 Whenever something goes wrong in the telephone exchange, which remains unmanageable by the linemen, SDE, JTO and other staff usually rush to Tamenglong from Imphal to fix the issue. It takes about five-six hours drive from Imphal to Tamenglong, which is about 150 km distance.

The lineman present during the visit to the BSNL telephone exchange could not give detail account of the disruption in its services.

Speaking to the Imphal Free Press over the phone, sub-divisional engineer Tamenglong, Tomba informed that BSNL network for the whole of Tamenglong town went down due to multiple faults at Oinamlong Micro Wave station, which is maintained by Eastern Telecom Region (ETR).

The power plant at Oinamlong Micro Wave station also got burnt but it was restored and the whole system was kept running by a diesel generator only, and the network availability was limited to 12 hours in Tamenglong, Jiribam and Oinamlong.

When the electricity became available again at Oinamlong village and while charging on April 24, heavy winds and storm struck the village again and the Minilink between Tamenglong and Oinamlong antenna was heavily damaged.

Tomba further said that as the antenna was located 20 metres above, the physical damage was not seen by naked eye but his technical team was attending the possible indoor faults but was unsuccessful in restoring the fault.

“As the fault was likely at the antenna located above, a hired rigger attended the fault but the damage was heavy and it needed more manpower and resources to fix the issue.

“As Oinamlong is quite far from Imphal, it is very hard to convince and mobilise manpower and resources. If weather permits, we are hoping that we will restore the network by Monday,” Tomba added.

He further appealed to the customers to bear with the inconveniences, and added that the team is trying hard to restore the network.