The District Hill Leaders’ Day alongside Meeyaamgi Numit (People’s day) is held every third Fiday of the month to reach out to the people of the respective districts for addressing their grievances, handing out schemes and other benefits provided by the Manipur government.

Several district administrations in Manipur on Friday observed Hill Leaders’ Day and Meeyaamgi Numit (People’s Day) and handed out schemes and other benefits provided by the state government to the people. People's grievances were also heard and addressed.

IFP Churachandpur correspondent reported that the district administration, Churachandpur district administration launched the event at DTC Hall, Tuibong as a part of the programme where different government departments, including the social welfare, health, IT, agriculture, Education, CFPD and Horticultures departments distributed beneficiary items to the identified beneficiaries.  One written application was received and the same was addressed at the event. 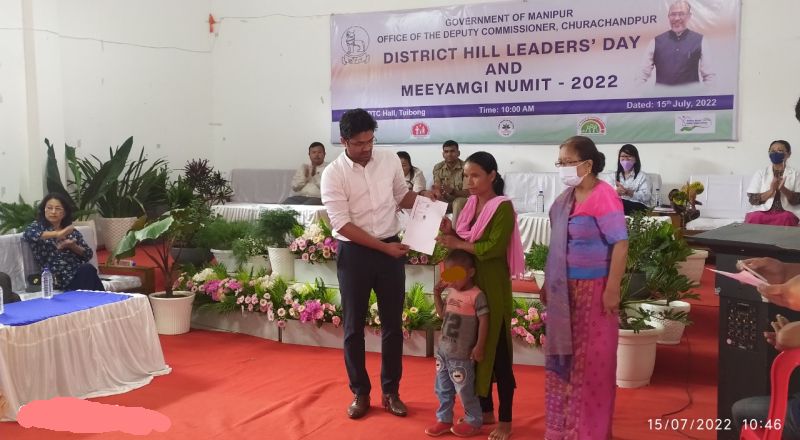 Speaking on the occasion, deputy commissioner Churachandpur Sharat Chandra Arroju urged the assistance of the public in tackling and solving traffic problem, drug menace and sanitation problem of town areas as highlighted by different CSOs.

He also instructed the Police department and ADC to help in addressing the problems, and urged the people to place their grievances in writing before the district administration so that they can be addressed. Public leaders, village chiefs, CSO leaders, DLOs from different departments and a huge number of people took part in the event.

Pawan Yadav expressed that the main objective is to make the government citizen-centric, proactive and programme implementation effective. 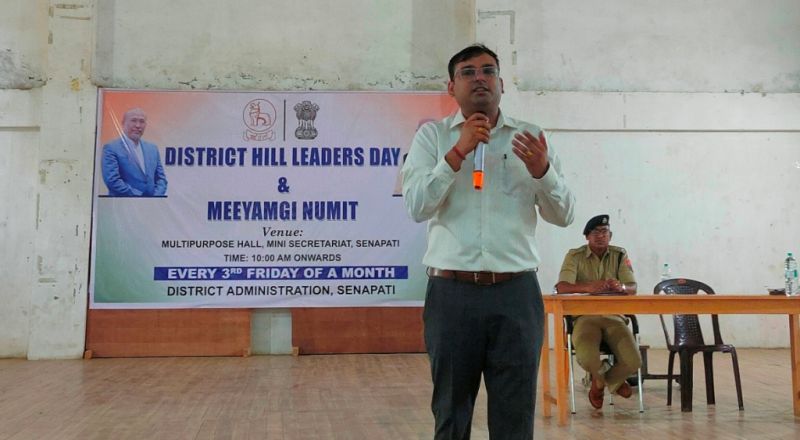 As per the office memorandum of the DC Tamenglong, every 3rd Friday of the month will be earmarked as ‘Meeyamgi Numit’ and ‘Hill Leaders Day’ and in case if the 3rd Friday happens to be a general holiday or public holiday, then the next working day will be organised as ‘Meeyamgi Numit’ and ‘Hill Leaders Day’. As many as 20 departments took part at the event.

Deputy Commissioner, Thoubal A Subhash Singh heard the grievances of the people and instructed the department officials for necessary action. He said that altogether 25 stalls of different departments were opened to meet the demand of the public including Fishery, ICDS, MSPDCL, Thoubal Police, Veterinary department, chief medical officer, Food Safety Administration among others.

Around 117 written applications were received with grievances related to CMHT card, Old Age Pension/Widow Pension and Agriculture related issues during the programme.

The programme of Hill Leaders Day and Meeyamgi Numit organised by District Administration, Senapati along with other districts of the state is among the 100 Action Plan for 100 days of the state government.

Addressing the media persons, the Deputy Commissioner, Senapati said that one handloom card has been handed over to a beneficiary. He applauded the district level officers for their co-operation in opening their respective stalls.

The first ever District Hill Leaders’ Day and the Meeyamgi Numit for Chandel District was Launched by the deputy commissioner, Chandel Rajkumar Mayanglambam at the Multipurpose Hall, Mini Secretariat complex, Chandel. 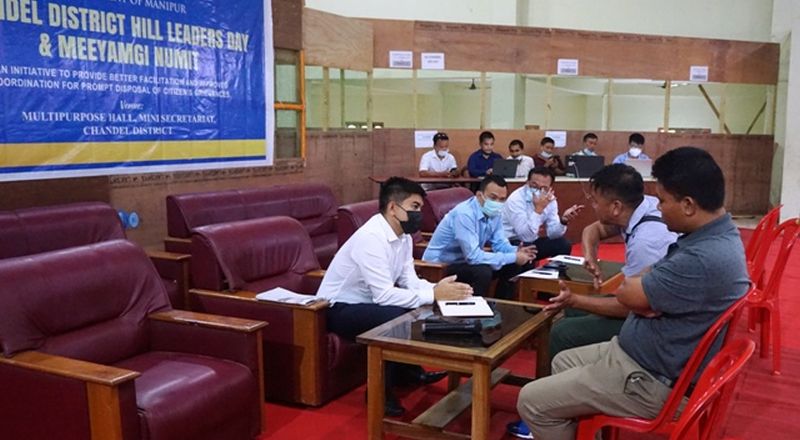 Rajkumar Mayangalmbam interacted with the village leaders and discussed their issues one by one. More than 22 applications of various issues related to developmental works and others were received for further necessary actions.

Different departments like Health, Social Welfare, Agriculture etc. rendered services to many individuals of the district. Besides providing other services, around 50 people were administered Covid-vaccines by the CMO team. The department of Tribal Affairs and Hills also distributed planting materials to the beneficiaries.

It was attended by, ADC Chandel Md Firoj Khan, SDOs, DLOs and other officials of the district.