Amid continuous rainfall on Saturday, the 21st The Great June Uprising Unity Day 2022 was observed with a huge number of people from various communities paying floral tributes to the 18 martyrs at Kekrupat, Imphal.

The observation was jointly organised by the United Committee Manipur (UCM) and the All Manipur United Club Organisation (AMUCO) after forming an Organising Committee.

On the sidelines of the event, Organising Committee chairman Joychandra Konthoujam told the media that in order to fully observe the day with the support from the people, the state government should take a cabinet decision to announce June 18 as a state holiday.

He said each ethnic community will extend support on announcing June 18 as a state holiday. Any community or individual who opposes the announcement will be considered as a group or someone who wishes to destroy the territorial integrity and boundary of Manipur, he said.

Joychandra said the Central government has been trying to break apart the territorial integrity and boundary of Manipur with various policies; however, their efforts will be futile as the people of Manipur are still united. He further appealed to the people of the state to stay united to protect Manipur.

He pointed out that 90 per cent of Manipur are hills, and some people are still continuing the practice of illegal poppy cultivation by deforestation in most of the hills. Besides deforestation in hills, the harmful chemicals used for poppy plantations are carried down to the valley, and they become a slow poison to the entire people of Manipur, he said.

The illegal poppy cultivation should be stopped immediately and the people should support afforestation on both the hills and valleys to bring an ecological balance, said the chairman.

He asserted that the demand for a separate land within Manipur by influencing some particular communities should be immediately stopped. 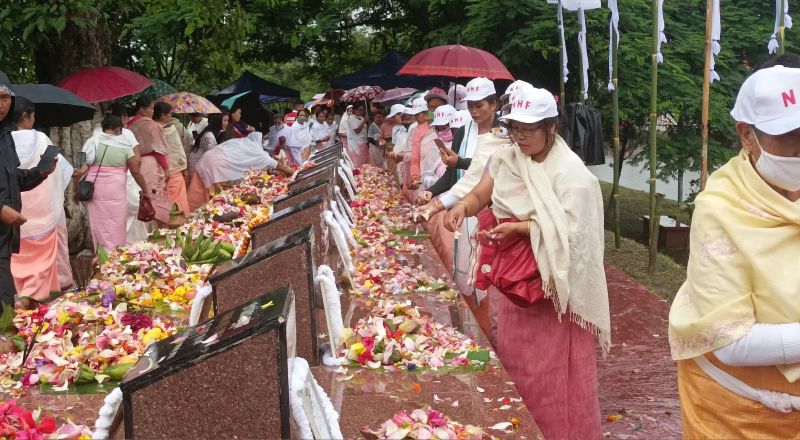 The huge number of people that turned up to take part in the observation shows that the people from various ethnic communities are still united, he mentioned. June 18 is not just an annual observation but it is a sign that the people still have the thrill and courage to face any outside force which wants to break up the territorial integrity or boundary of Manipur, he said. 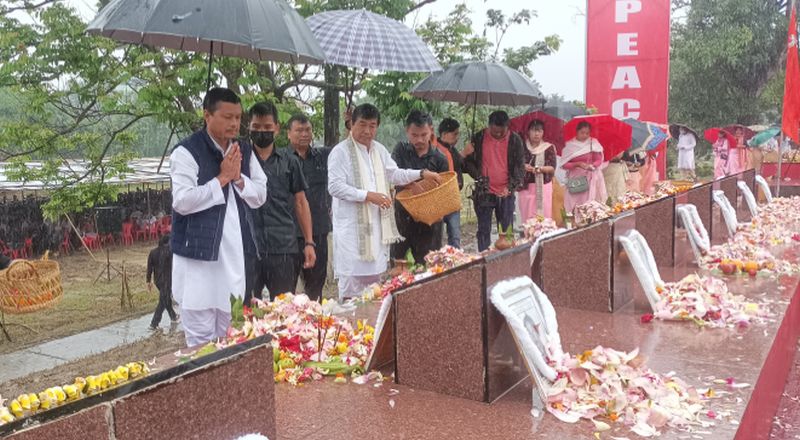 Meanwhile, following the appeal of the organising committee to carry out a one-day cease work, a negligible number of employees was seen at government departments and private institutions etc. However, petrol pumps were seen open though Khwairamband markets, shops remained shut in support of the observation.

In some main roads in the city, heavy traffic congestion took place due to the traffic diversion announced by the state government.