The underground cadres were arrested during a massive counter insurgency operation in and around Heingang area on Wednesday, Imphal East superintendent of police M Pradip Singh said.

District police, Imphal East police along with a column of 16 Assam Rifles and 15 Assam Rifles have apprehended three active members of the proscribed underground outfits of KCP (PWG) and another member of a different proscribed underground outfit, and seized monetary demand letters along with WY tablets and mobile phones at about 5 pm of Wednesday. 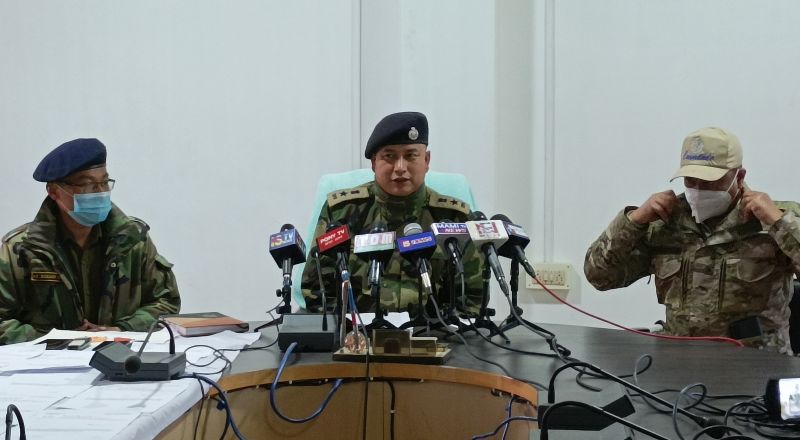 They were arrested during a massive counter insurgency operation in and around Heingang area on Wednesday, said superintendent of police, Imphal East M Pradip Singh in a media briefing at his office conference hall located at Porompat, Imphal East on Thursday.

During the operation conducted on Wednesday, Ramananda was apprehended from Ahallup Makha Leikai near Lai-Haraopham ground at 6.45 pm and the combined team seized three mobile phones from his possession, he said.  Ramananda disclosed that he is working under the command of one Kiran of KCP (PWG) through one Mohon of a different proscribed underground outfit.

He further said one of the associates, Ayub was also arrested from his residence at about 11.40 pm of the same day and 240 WY tablets and one mobile phone were seized from his possession.

Pradip said the apprehended members of KCP (PWG) are presently working under the command of self-style finance secretary Kiran of the same outfit. They were involved in the extortion of money from the general public, private firms, government employees, contractors and others for raising their party funds, he said. They have admitted to hurling hand grenades, planting explosives at the residences, offices and others of those who refuse to give monetary demands, the senior police officer added.

A case has been registered in Heingang police station and the apprehend persons have been taken to police custody.