Bomb found at gate of politician's house in Thoubal

A powerful Improvised Explosive Device (IED) planted by miscreants at the gate of one Laishram Kadamjit at Waithou Toronglaobi under Thoubal district police station was found on Wednesday. The bomb was found by family members early in the morning. 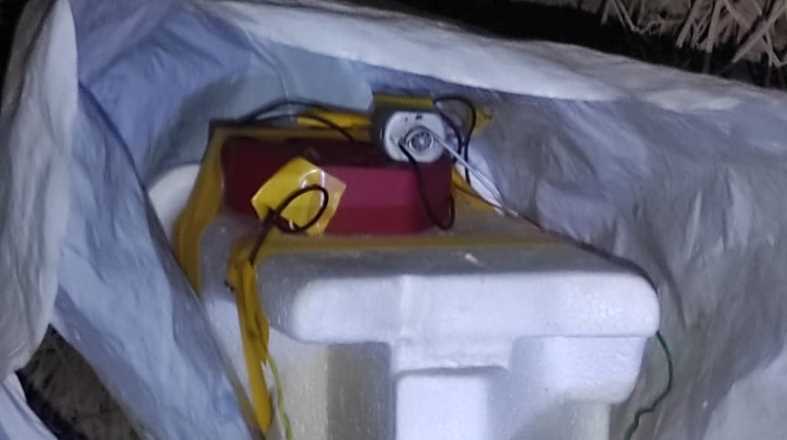 A team of Bomb Disposal Squad, Manipur Police safely disposed of the bomb at Langam Chingkhong, Langathel. The motive behind the incident is yet to be ascertained. Laishram Kadamjit contested the 10th Manipur Legislative Assembly election by representing Wangkhem assembly constituency in 2012.