Educational institutions and business establishments remained closed in the hill districts of the state following the emergency shutdown called by ATSUM. Other than emergency services, no vehicular movements were seen on the roads.

The emergency shutdown called by the All Tribal Student’s Union (ATSUM) over the arrest of its five student leaders along with four senior student activists crippled normal life in the hill districts of Ukhrul, Kamjong, Senapati, Kangpokpi, Tamenglong, Chandel and Churachandpur in Manipur on Wednesday.

Educational institutions and business establishments remained closed in the hill districts of the state. Other than emergency services, no vehicular movements were seen on the roads following the emergency shutdown which started at 6 pm Tuesday.

In Ukhrul district, government offices also remained closed. The ATSUM in the presence of KSO general headquarters and ANSAM briefed the media at TKS office, Ukhrul. The members questioned the stand of the HAC members and the elected people's representative of the Manipur's hill districts over their silence in matters pertaining to HAC recommended Manipur  (Hill Areas) ADC Bill 2021 in the ongoing assembly session.

The otherwise busy stretch of the National Highway at Kangpokpi district Headquarters wore a deserted look as the traffic movement, except for the exempted services, completely came to a standstill. Educational institutions both Government and private were also closed. 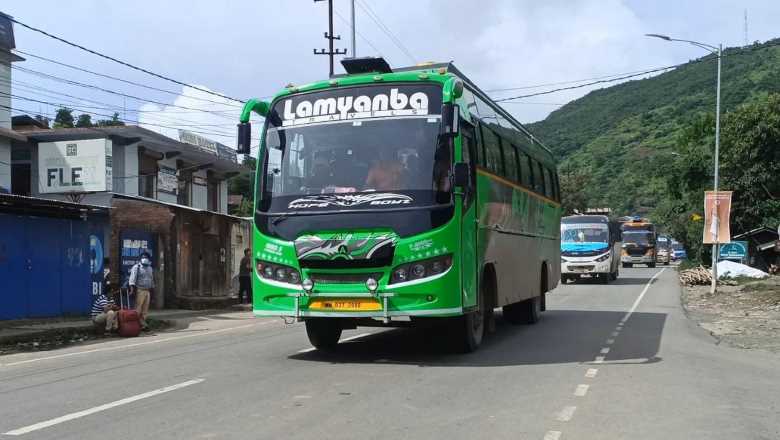 Many vehicles, including loaded trucks and passenger vehicles were seen stranded along the National Highway at T Khullen. In the stranded buses, there were at least three-four patients who were returning after medical check-up at Guwahati. Following the request and initiative of the SP Kangpokpi, the KSO Sadar Hills released all those passenger buses carrying patients on humanitarian grounds at around 1:30 pm on Wednesday.

An ambulance from the District Hospital Kangpokpi also picked up stranded patients from T  Khullen and dropped them to Imphal. However, other vehicles including loaded trucks were remained stranded and no untoward incident was reported till the filing of this report.

Volunteers in Kangpokpi town were seen checking the documents of people traveling on medical grounds, airport, examinations, etc., and only those found genuine were given passage while others were sent back.

Speaking to the media, KSO Sadar Hills General Secretary, Thangtinlen Haokip said that the tribal bodies including KSO, TSA, Zillai, KomRem Students Union, TYA, etc. in Kangpokpi district are extremely disappointed over the arrest of ATSUM leaders yesterday and to show their resentment an emergency shutdown has been strictly enforced in the district since Tuesday afternoon. 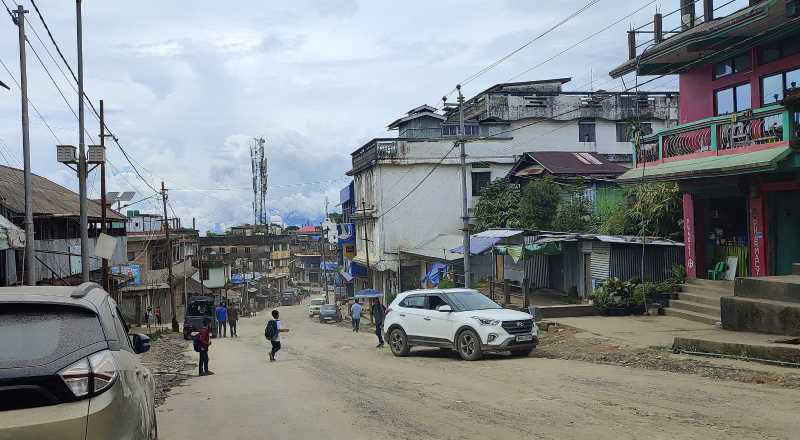 KSO Jiribam and KSO Moreh Block also extended their support to the emergency shutdown imposed in the hill districts of the state. KSO Moreh block stated that without any political malice towards none, it wholeheartedly endorsed the democratic agitation and appealed to the state government to find a democratic and peaceful solution. It appealed to all residing under the jurisdiction of KSO-MB to respect the demand of ATSUM and avoid unnecessary travel during the shutdown.

In Churachandpur, the emergency bandh was spearheaded by the Kuki Students Organisation (KSO) Churachandpur and was supported by YPA GHQ. Volunteers set up posts at two places, i.e., at Tuibong junction and Kaprang village. The Zomi Student Federation GHQ, however, did not support the bandh though they said that they always support ATSUM but not the bandh.

Information secretary of KSO, DJ Haokip, said the act of arresting ATSUM leaders by the police is against human rights. If the HAC recommended ADC Bill, 2021 is not tabled in the Assembly and if the ATSUM leaders are not released unconditionally, they will continue to stand with ATSUM, Haokip said. He also said that they don't subscribe to the Manipur District Council's 6&7 Amendment Bill 2022 that was passed by the State Assembly on Tuesday.

No untoward incidents were reported from any of the districts till the filing of this report.

The shutdown as announced by ATSUM is scheduled from 6 pm of August 3 till 6 pm pm of August 4 while it will be followed by various intense agitations from August 5.

Meanwhile, the four senior student activists have been released, while five are still in the custody of Imphal West police station.

(By IFP correspondents in Ukhrul, Kangpokpi, Tamenglong, Moreh and Churachandpur)