A three-day long All Inpui Students’ Union (AISU) Golden Jubilee celebration is being held under the theme ‘Recollect, Reconnect, Reorient’ at Haochong Sub-Division Headquarters in Noney district of Manipur on Tuesday.

The inaugural programme of the three-day golden jubilee was launched with a flag hoisting by first president of All Inpui Students' Union (AISU) Akhown Khumba, who attended as chief guest. All the former AISU presidents attended as guests of honour during the inaugural session. 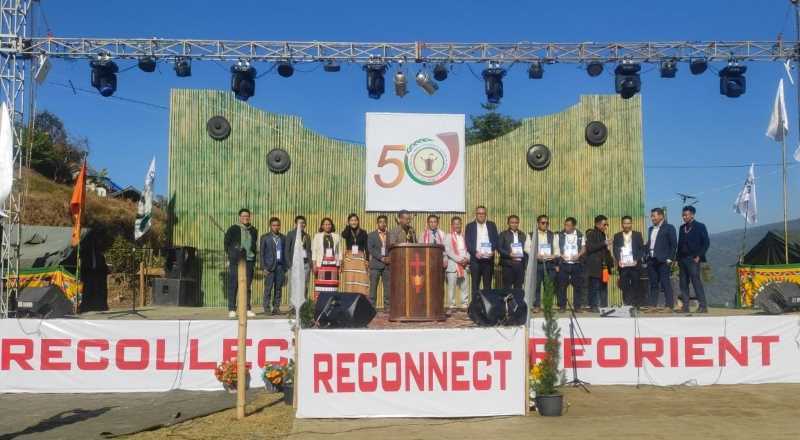 Panmei unveiled the Jubilee monolith in the presence of AISU leaders and dignitaries. He extended his best wishes and congratulated the entire colleagues of AISU for the grand celebration of such a joyous occasion of golden jubilee.

“As we celebrate the golden jubilee, let us reveal the purpose of the celebration. As a student community, keep the commitment and be responsible citizens for the cause of students’ welfare and for the betterment of our society,” Panmei said. 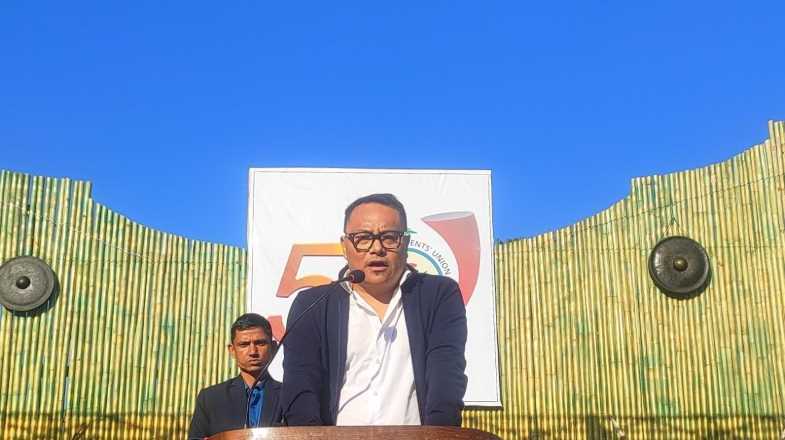 As a part of the AISU golden jubilee, presentation of gifts for dignitaries, performing of cultural dance, lighting of fire and jubilee torch, releasing of souvenirs and demonstration of Inpui Indigenous games were the main highlights of the celebrations. Also, several Inpui Artistes enthralled the audience with their songs and music.

The Inpui Naga Union (INU), the All Naga Students' Association Manipur (ANSAM), the Inpui Naga Women's Union (INWU) and several CSOs extended their greetings and congratulated the AISU for the golden jubilee.

Presentation of gifts, speech from several dignitaries, performing of special song, Inpui Idol and choreography for junior category, extravaganza for Inpui Artistes were the main highlights of the inaugural event.