The two leaders took part in a presentation on phytopharmaceutical mission to promote the documentation, scientific, validation and evaluation of traditional healthcare practices of NE India at Indian Medical Association (IMA) Hall, Lamphelpat in Imphal. 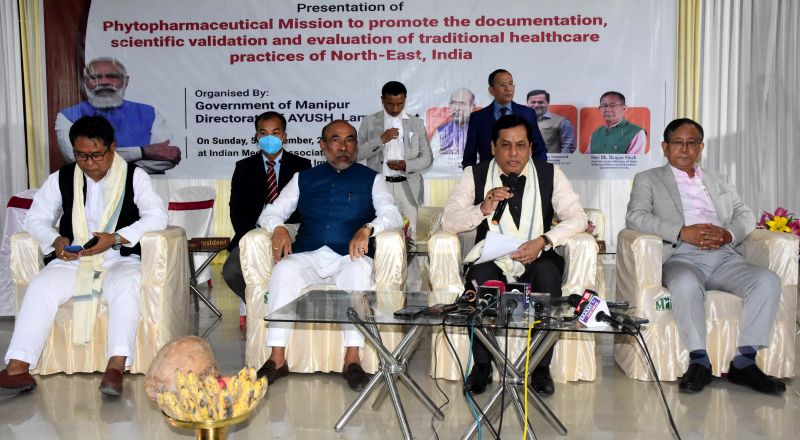 Speaking at the occasion, Union Minister Sarbananda Sonowal stressed on the need to integrate AYUSH and traditional methods to enhance the healthcare system of the country.

Stating that Manipur has a huge wealth of medicinal plants, the minister observed that there is need to establish scientific validation if the state has to earn dividends from this resource.

The Union minister said that the Northeast region has been able to demonstrate its potential ever since Narendra Modi became the Prime Minister. 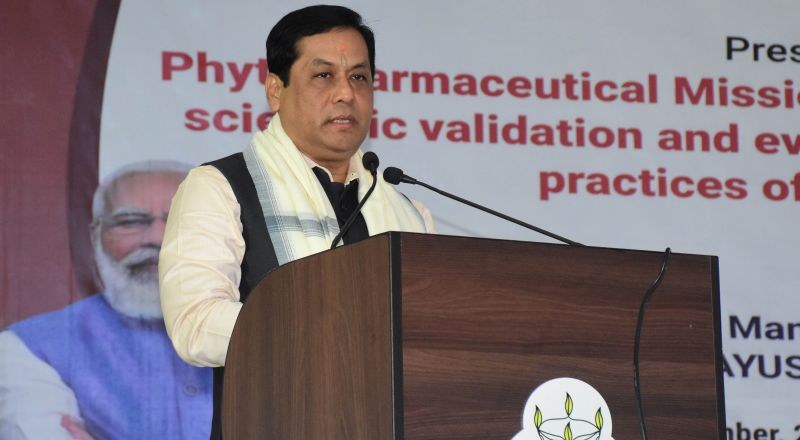 "Soon after he assumed charge, PM Modi expressed his strong commitment to develop the Northeast region. Likewise, N Biren Singh had also worked hard to bring Manipur on the path of peace and development," the Union minister said.

Sonowal opined that the finest gift that the N Biren Singh-led Government has presented to the people of Manipur is peace.

"As a peaceful atmosphere is there, work culture among people grows on its own, putting the state on the track of progress," Sonowal observed.

Sonowal also assured to extend full support to the state government in the AYUSH sector.

Addressing the gathering, Chief Minister N Biren Singh also stressed the need for formulating a scientific plan to systematically grow indigenous medical plants for large scale production. The chief minister mentioned the need to explore the skills and knowledge of traditional healers like Maibas and Maibis in a more scientific manner. 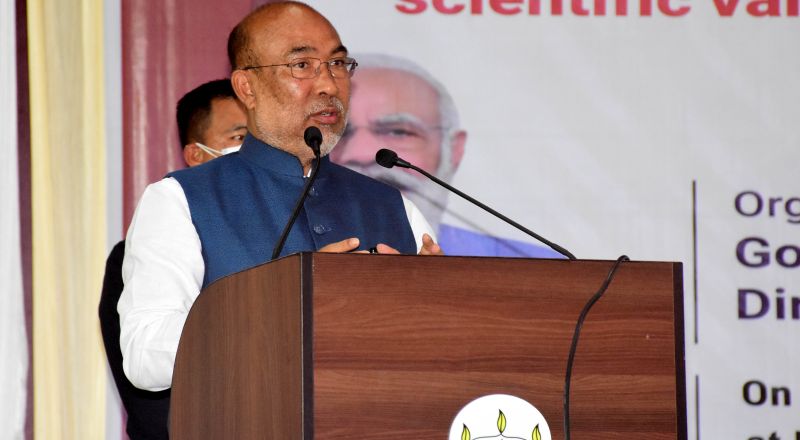 "A joint deliberation of the scientists and officials of Institute of Bio-resources and Sustainable Development (IBSD), Indian Council of Agricultural Research (ICAR) and Directorate of AYUSH will be convened soon," CM Biren said.

The chief minister also appreciated the staff of the Directorate of AYUSH for their contribution in combating COVID-19 pandemic. He observed that the virus is now almost overcomed in the state with the joint efforts from different sections. However, he also cautioned the public to be careful as the Omicron variant has started spreading in different countries, and some cases have been detected in India as well.

Screening of passengers had already begun at Bir Tikendrajit International Airport in this regard, CM Biren said while adding that Jiribam would be rewarded for becoming the district of the state to achieve 100 per first dose cent vaccination.