The anti-liquor drive was conducted at different areas of Imphal West district assisted by personnel of different police stations.

The anti-liquor drive was conducted at different areas of Imphal West district assisted by personnel of different police stations, under the supervision of superintendent of police, Imphal West K Meghachandra.

According to the Manipur Liquor Prohibition Act, 1991, selling of liquor is banned in Manipur. Under the Act, some places including Sekmai, Pheyeng, Andro are exempted from the Act under the customary law. 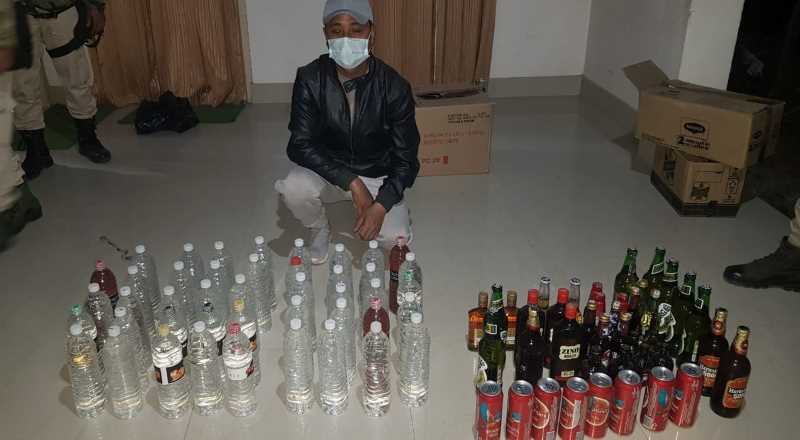 However, under the Manipur Liquor Prohibition (Second Amendment) Bill, 2018, a select committee under the chairmanship of deputy chief minister Yumnam Joykumar with other three members was formed to look into the probabilities of legalizing liquor in the state.

The select committee recently visited some local distilleries to find out how DIC liquors are made and whether the local liquors are hygienic and not harmful for consumption.

During the visit, it was found that brewing of liquor is the main source of income for the local producers. The locals expressed that they have been manufacturing liquor since the time of their forefathers and they have no other suitable means of earnings.

Meanwhile, the All Manipur Women’s Social Reformation and Development Samaj have been opposing the state government’s proposed plan to legalise DIC liquors.

Should indigenous country liquor be legalised in Manipur?