On International Women's Day 2022, the prime minister said the Government of India will continue to endeavour to empower women in India through various schemes..

Prime Minister Narendra Modi on Tuesday paid salute to women's power of the country on International Women's Day, and said India will keep focusing on women empowerment through its various schemes.

In a series of tweets, the prime minister said the government has introduced various schemes to empower women in India.

"On Women’s Day, I salute our Nari Shakti and their accomplishments in diverse fields. The Government of India will keep focusing on women empowerment through its various schemes with an emphasis on dignity as well as opportunity," Modi tweeted

The prime minister also said efforts to put women empowerment at the forefront of India’s development journey will continue with greater vigour.

"From financial inclusion to social security, quality healthcare to housing, education to entrepreneurship, many efforts have been made to put our Nari Shakti at the forefront of India’s development journey. These efforts will continue with even greater vigour in the coming times," he said in another tweet.

The prime minister said he will highlight the contributions of women in India in his address at an event in Kutch in the evening.

"At 6 PM this evening, I will address a programme being held in Kutch which highlights the contributions of women saints to our society. The focus will be on different aspects of culture, the various welfare measures of the Centre and more. https://t.co/ImLHzdJpEQ," Modi tweeted.

International Women's Day is celebrated across the world every March 8. The theme for this year's internationa Women's Day celebration is "Break the Bias". And the colours of the day are Purple, along with green and white. 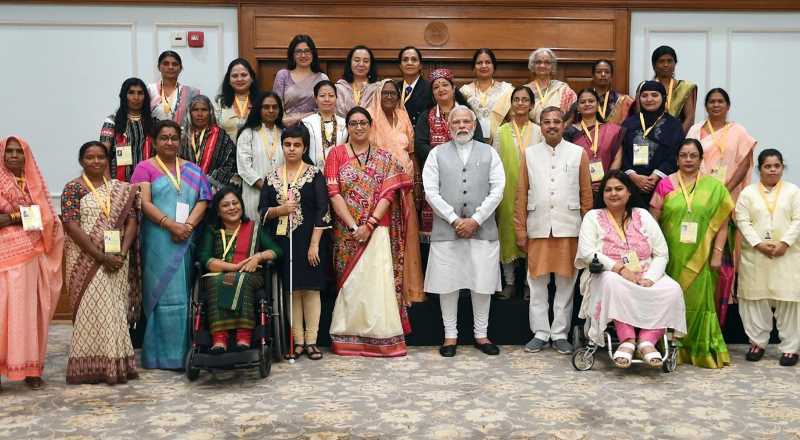 Meanwhile, on Monday, the prime minister held an interactive session with the Nari Shakti Puraskar Awardees for the years 2020 and 2021, at Lok Kalyan Marg.

Prime Minister praised the awardees for the tremendous work done by them, adding that they are contributing to society as well as the country. He said that while their work has a spirit of service, what is also clearly visible in their work is innovation. He added that now there is no sector where women have not made their mark and made the country proud.

Modi also said that the government is committed to working towards realizing the potential of women, and is framing policies through which such potential can be identified. He noted that it is important to ensure that all women become part of decision making at family level, which will follow as a result of their economic empowerment.

Speaking about the focus of the government on 'sabkya prayas' during the celebration of Azadi ka Amrit Mahotsav, he said that the success of the efforts of the government, like vocal for local, is dependent on the contribution of women.