Will launch agitation if post, pre-matric scholarships are not given within 15 days: AMSU

All Manipur Students Union president Haobijam Chalamba said the limit to bear the irresponsible nature of the state government has crossed. 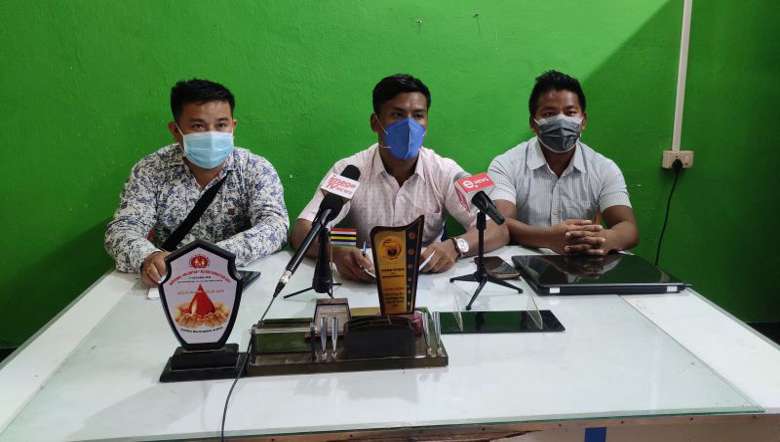 The All Manipur Students Union (AMSU) on Wednesday condemned the non-release of scholarships and threatened to launch various forms of agitations if the state government failed to meet their demand within 15 days.

AMSU president Haobijam Chalamba said in a press conference held on Wednesday at its office located at Thangmeiband that most of the times, the state has failed to release funds for post and pre-matric scholarships given under the Union Social Justice and Empowerment Ministry. Likewise, the state has not sanctioned the this year's scholarship amount yet.

Considering the prevailing scenario that the student communities are facing owing to the pandemic, the union has been urging the state government to disburse the scholarship amount. But the government failed to do so till date.

"The limit to bear the irresponsible nature of the state government has crossed and as such the union will launch various forms of agitations if the scholarship amount is not disbursed," he added.

He also informed that a memorandum was also submitted to the authority concerned in this regard on September 7.

"This is not the first time that the student union is going to launch an agitation. Earlier, we have conducted agitation in this regard many times. It seems like there is a need to raise voices every time to get this privilege,” said Chalamba.

The state government should stop giving excuses on this and rather focus on releasing the amount without any further delay. There is no point of getting the scholarship if it is not given at the right time, he added.