The Manipur Electricity Employees’ Union stated that if their demand for 7th Pay Revised Rules (ROP-2019) is not met, they would carry out cease-work strike from Saturday.

On Monday, the union warned that it will intensify its agitation, including non-maintenance of power outages in the state if the state government failed to fulfil the demand for 7th Pay Revised Rules (ROP-2019) implementation by Tuesday.

The MEEU also warned that a series of agitation will be started from Wednesday which would include staging a sit-in-protest in front of the electricity office at Keishampat and the corporate offices of MSPCL and MSPDCL will be locked during the protest. 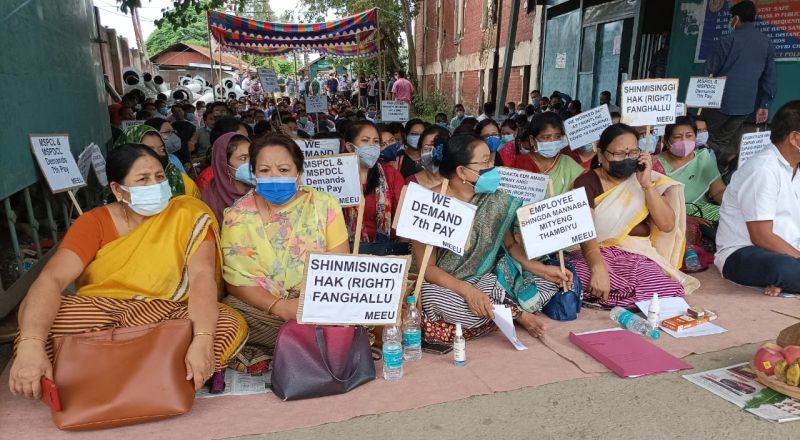 MEEU general secretary T Shyamnagor said that the employees of the Electricity department had also given an ultimatum to the government regarding the fulfilling of the demands by July 31 and informed that strike will be carried out from August 1. However, the strike was not carried out considering the pandemic.

As a part of the movement, all the prepaid counters would be closed on Thursday and all the division offices would be locked. And if the demand is not fulfilled by Thursday, the employees would carry out a cease-work strike from Saturday, including non-maintenance of power outages, the MEEU general secretary said.