"This is the best way to promote and preserve our rich tradition of the ancient weaves in the true sense," Amit Shah says on the occasion of National Handloom Day

Union Home Minister Amit Shah extended his greetings on the occasion of National Handloom Day on Saturday and said that India is blessed to have a vibrant handloom heritage.

In a series of tweets he posted on Saturday, Amit Shah said, “On National Handloom Day, I extend my warm wishes to our immensely talented weaver community and the people associated with it.”

“We are blessed to have a vibrant handloom heritage industry that is globally recognized and the Modi Government is leaving no stone unturned to empower this sector.”

“This National Handloom Day, let us all pledge to wear India Handloom products and motivate others to do the same. This is the best way to promote and preserve our rich tradition of the ancient weaves in the true sense.”

Manipur Chief Minister N Biren also took to Twitter and extended his greetings to the weaver community of Manipur along with pictures of manipur's handloom products.

"Greetings to all the weavers on this #NationalHandloomDay. With Shaphee Lanphee, Wangkhei Phee and Moirang Phee accorded the GI tag, the weaver community in Manipur has always been the front runner in promoting our unique identity across the world," Biren tweeted.

In another Twitter post, Biren wrote that Prime Minister Narendra Modi's appreciation for Manipuri Leirum Phee has given an impetus to the growth of Leirum Phee weavers in the state.

"I also thank Hon’ble PM @narendramodi Ji for his extensive support in promoting the handloom products from different corners of the country. His appreciation for Manipuri Leirum Phee has given an impetus to the growth of Leirum Phee weavers," Biren tweeted. 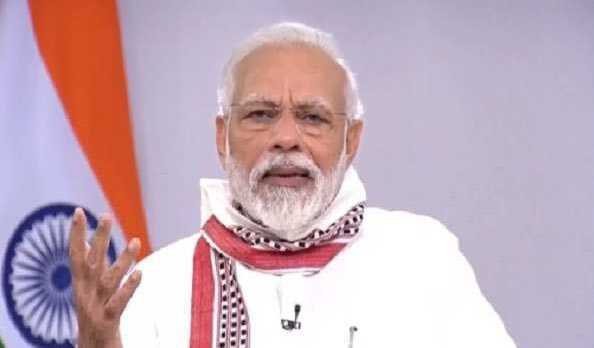 India observes National Handloom Day on 7 August every year to honour the handloom weavers in the country. This is the seventh year of the observation. On August 7, 2015 that Prime Minister Narendra Modi inaugurated the first National Handloom Day at the Centenary Hall of Madras University in Chennai. August 7 was chosen for the day to commemorate India's Swadeshi Movement.