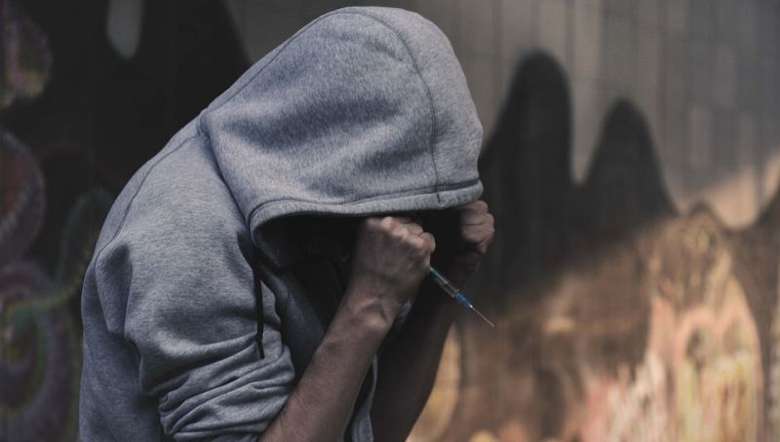 Several educationists in Manipur are of the view that inclusion of drug issues in school syllabus can help check the unabated drug-related problems in the state.

It is a well-known fact that the state has been fighting against drug menace with high incidence of drug abuse since the 1980s.

The present state government has taken up measures such as "war on drugs" by slashing poppy cultivation, seizing of large drug cartels and psychoactive substances and arresting drug traffickers.

However, the issue of substance abuse and the number of drug addicts in the state is ever-increasing irrespective of gender or age group.

Considering the persisting problem of substance abuse and drug trafficking in the state, some student bodies demanded the state government to include drug use prevention in school syllabus starting from class five.

While speaking to a few educationists in the state, it was learnt that they share the same concern. They expressed the need to address the issue through formal education. Inclusion of drug use and its prevention in academic syllabus is the need of the hour, they said.

Associate professor, Chinglen Maisam, department of Economics, Manipur University, told this Imphal Free Press reporter that the problem of substance abuse has impacted the lives of many in Manipur. To curb the menace, it is high time to educate the youth of the state about drugs and its related issues and the impact on society. As such, drugs and its impact on society should be added in school syllabus, they said.

"Topics in school syllabus should be part of the 'The Manipur State Drug Policy on Psychoactive Substance, 2019', which was already passed. I hope it is mentioned in the policy. But the policy would not be successful if it is not backed by adequate budgetary provision," professor Chinglen suggested.

Chinglen said that even during this pandemic, narcotic substance business is still continuing despite the imposition of lockdown across the state. Seized by the thought of making profit, the pandemic does not deter the drug smugglers from their criminal activities. As such, they continue the illegal business by applying different methods and strategies, he said.

The ongoing pandemic has hugely affected the mental health of a large chunk of the population. As a consequence of it, the demand for drugs or narcotic substances is also increasing. The state government should also give due importance to handling the present worsening scenario of drug issues as they put effort into combating the pandemic, he added.

"As the drug problem is increasing unstoppably during this pandemic. Sidelining drug-related issues while fighting against Covid spread would create another long-term health crisis in the state as collateral damage of COVID-19. When we deeply think of such consequences, it is high time the government amend some part of the state drug policy in view of the present pandemic," Chinglen said while talking about the present stage of drug issues in the state.

Till date, drug-related topics are not discussed in schools except conducting awareness programmes by some organisations or associations or asking them in essay type questions in class-X board or class-XII exams, he added.

To impart proper awareness about drugs and its impact on society to young students would surely help to a great extent in preventing the problem. Hence, inclusion of this topic in school syllabus is the need of the hour, Joy, who is also president of the United Association of Recognised Schools of Manipur, added.

He also suggested that the number of students addicted to psychoactive or narcotic substances is increasing each day. The problem could not be addressed by just punishing them but rather we need to focus on proper counseling. As such, it would be helpful in combating drug menace if every school keeps a professional counselor in their school.

Several other school teachers also opined the same view on inclusion of drug issues in school syllabus, saying it is the right place to educate the young minds about the hazards of substance abuse.