Malemnganbi’s mushroom cultivation to be role model of PM’s ‘self reliance’: RK Ranjan

Ranjan was speaking to the media on the sidelines of the inaugural function of ‘Malemnganbi Mushroom farm’ located at Keibi Awang Leikai, Imphal East on Monday.

The mushroom farm of Malemnganbi will become a role model for the Prime Minister’s ‘self reliance’ among the youths of Manipur, Lok Sabha MP RK Ranjan said on Monday.

He was speaking to the media on the sidelines of the inaugural function of ‘Malemnganbi Mushroom farm’ located at Keibi Awang Leikai, Imphal East on Monday.

He said such initiatives are needed among the youths of the state to encourage other talented youths in ‘self reliance’. Malemnganbi could produce about 1,000 kilogram of mushrooms in a season, he said. Additionally, she has been able to give jobs to the people of the locality, he added.

Malemnganbi said, “The practice of mushroom cultivation not only gives more profits with minimum efforts but it could also reduce pollution caused by the burning of straws during harvest season as the straws are used in Mushroom farming.” 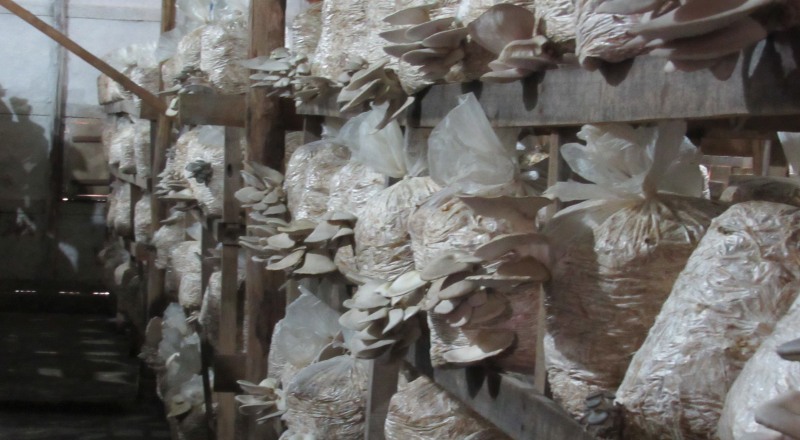 She appreciated chief minister N Biren for providing her a loan amount of Rs 5 lakh under MSME. Necessary assistance was also received from the state horticulture department through MP Ranjan, she said.

Responding to the media, Malemnganbi said in a season of 4-month she could earn about Rs 5 lakh. She has been giving employment to 20 persons of the locality, she mentioned.

She further said the farm is planning to cultivate more different varieties of mushroom in the near future.

The success story of a woman mushroom farmer in Manipur