Exploitation of groundwater in Manipur

Manipur is one state which likes to roughshod over issues. It should have looked into the legal, technical and environmental aspects before the 50 tube wells which had reportedly been completed were started. 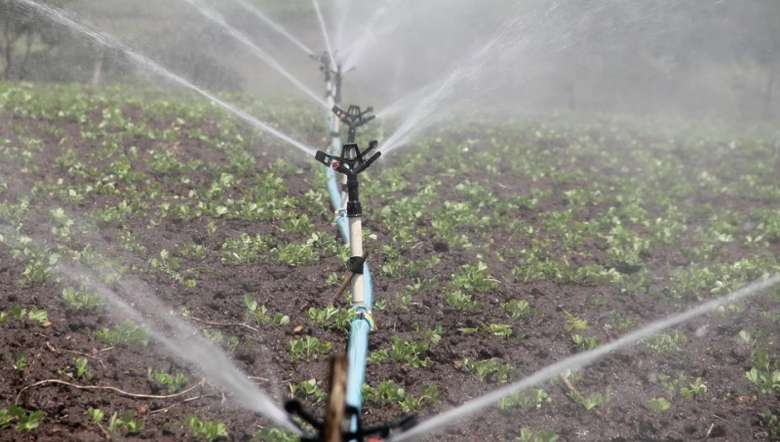 In response to a question raised by Th Lokeshwore, MLA, Chief Minister N Biren Singh on February 12 replied that under PMKSY, 550 irrigation wells will be bored to ensure irrigation for self reliance in agriculture. It was also informed that of these, 495 will be tube wells while 55 will be dug wells at a total cost of Rs 118.94 crore of which Rs 61.68 crore is for the tube wells and Rs 57.26 crore for the dug wells. It was also mentioned that satellite surveys will be taken up before the wells are dug; in other words a scientific approach will be adopted in selecting the sites.

Tube wells have been bred in the past for drinking water, though the success rate was not very high. Some of the reasons for the failure are that the capacity of the aquifer is limited; poor water quality, non maintenance of the tube wells, etc. But tube well for irrigation purposes is attempted in a major way for the first time in Manipur. Despite the fact that the per unit cost is high as each well will have a command area of 2-3 hectares only, due to the limited availability of surface water during the lean season, ground water is an attractive source to tap.

Deciphering satellite imagery for ground water is more craft than science, though the methodologies adopted have been revised now and then for a more reliable tool. It will not be possible for Manipur to interpret the data on its own and may have to rely on the Bhujal data. Normally in the ground water map, those with high potential are indicated by blue, moderate with light green and poor potential with red. It has been observed that the model described by Hammouri, et al published in the Journal of Water Resources and Protection published in 2012 in Volume 4, Issue No. 9 at pages 717-724 is reportedly one of the most reliable among the various models available.

The Drinking Water and Sanitation Ministry has data on Bhujal in Bhuvan website and Manipur was to be carried out in Phase IV and it is not very clear whether the survey has been completed for Manipur or not. Authorised users like Government agencies can access and know about the status. However, the map just can’t be replicated on the ground and there is a need to undertake field survey using Ground Penetrating Radar (GPR) with good quality equipment which is much more reliable. The crust structure of Manipur is different from other parts of the country and even the tube wells dug for drinking water purposes dry out in a short time and many such wells are now unserviceable.

This writer also dug a tube well at Thouriphi village after GPR study which indicated that the aquifer is small and 1 HP submersible pump can draw water for about 1 one hour after which the pump needs to be stopped for the aquifer to recharge which takes about an hour or so. This is a limitation on the water usage but as the tube well was not meant for agricultural purposes, it still serves quite well. Besides the capacity of the aquifer, the quality of the water also is important. High ferric content or presence of arsenic will render the water unsuitable for irrigation purposes not to speak about drinking purposes as it will have serious impact on the environment and health.

Water is a state subject; vide Entry No 17 of List 2 (State List) of the Seventh Schedule to the Constitution of India. However, the Central Ground Water Authority (CGWA) under the Environment Protection Act, 1986 can issue guidelines to the states on this aspect. Even before the formation of the CGWA, in 1970 a Model Bill was circulated by the then Ministry of Water Resources to the states. This model Bill was updated in 1992, 1996 and 2005. The Model Bill of 2005 mandates the formation of a Ground Water Regulation Authority that would function under the control of the State Government and the former will also have power to grant permits to anyone who wishes to extract groundwater or sink wells. Every new well and drilling machine shall also be registered to the authority and the authority will also advise the state government to adopt rain water harvesting in their development schemes. The Model Bill however, continues to link the landowners and the ground water as done in the old Indian Easement Act, 1882 where the landowners had the right to “collect and dispose” all water under the land within their limit. Thus the Bill leaves out landless people access to groundwater.

Later another model Bill Groundwater (Sustainable Management) Bill 2017 was drafted keeping in mind the decentralisation of ground water regulation, which recognises water as a public trust besides water security measures and ground water protection zones. However even this Bill could not incentivise participatory social norms of ground water management and governance. Thus on the legal aspects, lots more need to be done. Manipur as yet has no law to regulate exploitation of groundwater. And boring tube wells before having a regulatory framework can play havoc to the exploitation of groundwater.

Some of the states have laws regulating groundwater like Andhra Pradesh, Assam, Goa, Bihar, Delhi, Himachal Pradesh, J&K, Karnataka, Kerala, Lakshadweep, Puducherry and West Bengal. In 2003 Tamil Nadu enacted the Tamil Nadu Groundwater Development and Management Act but it failed to implement it and in 2013 it was repealed through an Ordinance as there was serious opposition to it. Do those states which have laws for ground water does better in its management? Though no study has been carried out, these states also fare poorly; in other words laws may be there but the implementation is poor. Some states have not even framed the Rules.

Manipur is one state which likes to roughshod over issues. It should have looked into the legal, technical and environmental aspects before the 50 tube wells which had reportedly been completed were started. These aspects should have been discussed in detail with all stakeholders even before the project was submitted for funding. In the Imphal valley, water is generally bored near the foothill for ground water, as in other areas groundwater is not easily available. But many of the tube wells bored for drinking water are abandoned as the quality of the water is poor or it became non functional due to various reasons. Many states in the country are facing groundwater depletion, be it Punjab, Haryana, Rajasthan, Tamil Nadu, etc and the ground water table in Punjab is reportedly falling 30 cm every year.

In Manipur under this project, even assuming that each well provides irrigation facilities to 3 ha, the total command area will be 550x3= 1,650 and thus for irrigating 1 ha, the average cost will be Rs. 74 lakh per ha and if the well could not provide water for more than a decade, will it be a worthwhile project is a question that need to be asked. A more systematic and scientific approach would have yielded better results in that the technical, environmental and legal aspects were first understood and a framework put into place before the work was executed. It would be enlightening to know of the 50 wells completed and how many are providing water at the expected rate? How much money down the pipe?

As the work is in progress, the GPR study ought to be carried out so that unsuitable ones are not bored due to political and other pressure; and the legal framework must also be put in place before conflict arises as the demand for water will increase especially during the rabi season and when there is drought. Emphasis on rain water harvesting and optimal use of water for irrigation purposes must also be put in place besides tapping various sources.

The author is a former bureaucrat, Imphal, Manipur