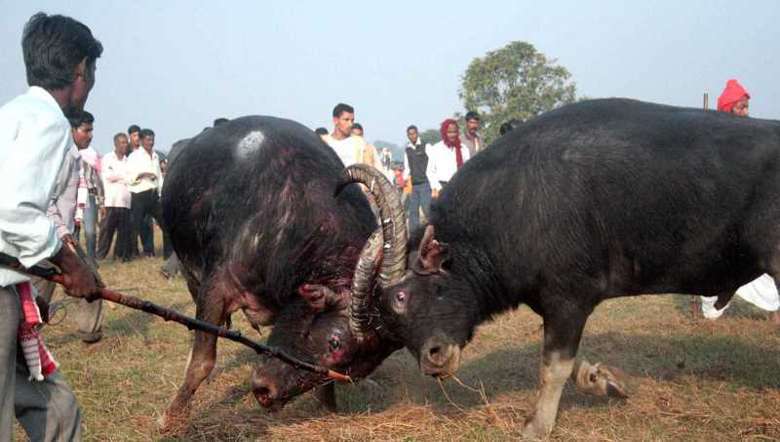 Prime Minister Narendra Modi on Thursday extended greetings to the people of Assam on the colourful and joyful occasion of Magh Bihu festival, which is also called Bhogali Bihu. Modi took to Twitter and posted warm wishes to the people in Assamese.

“I send heartfelt wishes to the people of Assam. May the coming days be filled with joy and happiness,” the prime minister tweeted.

Union Home Minister Amit Shah also joined the prime minister in wishing the people of Assam in Assamese on the occasion.

“My heartfelt greetings to the people of Assam on Magh Bihu. May Maa Kamakhya bless everyone with joy, happiness and prosperity,” Shah tweeted.

Magh Bihu is a harvest festival of the people in Assam marked by traditional beliefs, dance, songs and games. It is celebrated by the people of the state, including Assamese and Kacharis, living across the nation and the world today with feasting and bonfire. Several indigenous food and delicacies are prepared during the festival.

1. Magh Bihu is the winter festival of the Assamese people in Northeast India

2. The festival marks the end of the harvesting season

3. The month of Magh falls in January-February

4. The festival is celebrated with Meiji and Bhelaghar (bonfire and makeshift hut) and offering of delicacies to God and feasting.

5. Meiji, which is neatly fenced, is lit to honour the God of fire to the sound of the local drumbeat and songs. Bihu dance is also performed by the people.