IFP Editorial: What has been defeating the avowed sincerity in the campaign against drug smuggling is the infamous 2018 case of a drug seizure from the premises of an ADC Chairman Lhukhosei Zou. 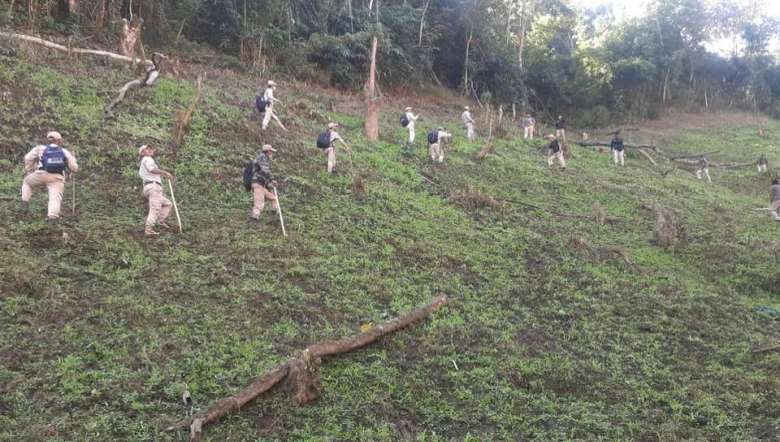 Despite Chief Minister N Biren Singh’s consistent war-cry against drugs, many sections of the population are still not fully convinced of the sincerity of the state government in its campaign against drugs. The state government seems to be somewhat convinced of the fact that, the campaign against drugs needs a holistic approach and will certainly involve a multi-pronged strategy to contain not only drug smuggling but widespread poppy cultivation linked with livelihood issues of the tribal poor, drug abuse among the youth including the social fall-out and the various interventions by NGOs. In the past, Manipur was just a transit point in drug smuggling originating from the infamous Golden Triangle, as it shares a 400 km long border with Myanmar. Acetic Anhydride and other acids used in manufacturing Heroin used to be smuggled from the Indian side through Manipur in large quantities then. In the 80s, drug abuse among the youth started in Manipur owing to leakages in transit of heroin consignments from Myanmar, which ultimately led to HIV/AIDS. And, the rest is history.

Now, the story is different. There is large scale poppy plantation in the hill areas. Earlier, poppy plantation in Manipur hills was mainly in the regions bordering Myanmar and the opium extracted from these poppy fields was generally meant for supply to minor heroin manufacturing units just across the border. Somehow, poppy plantation became widespread in the hills and it began to be treated as some sort of ‘cash crop’ yielding easy money. And, the heroin manufacturing units also came up in the state itself, both in the valley and hills. It has also become evident that drug cartels based in Manipur have become major suppliers of Brown Sugar, Heroin and other synthetic drugs across the country. Drug seizure of Manipur origin in various cities of the country has been a regular occurrence, in the recent past.

While entirely plugging the routes of drug smuggling is near to impossible as drug smugglers always find a way to outwit enforcers many a time with the blessings of the powers that be, sincerity in the effort against drug smuggling is essential. It is on paper that, since the coming of the BJP-led government major drug hauls have been made in the state as compared to the previous regime and the amount of drug seizure is staggering. Nobody disputes that. What is lacking in the effort is ‘honest to God’ sincerity against drug smuggling. The general public is not interested in numbers but a feeling of sincerity in the efforts and the comfort associated with it. The public is also appreciative of the efforts of the present government to convince poppy farmers to choose alternative means of livelihood through plantation of agar-wood, palm trees, lemongrass and other horticulture items or mithun rearing.

But, what has been defeating the avowed sincerity in the campaign against drug smuggling is the infamous 2018 case of a drug seizure from the premises of an Autonomous District Council Chairman Lhukhosei Zou. During the Congress regime, he was the Chairman of Chandel ADC and when BJP came to power he switched loyalties to BJP. That much is true. He was acquitted on December 17, 2020 by the NDPS Special Court, Manipur as no evidence was found to convict his involvement in the case. Yet, certain CSOs have been demanding reinvestigation of the drug haul case involving former ADC chairman of Chandel. On the other hand, certain hill-based organisations are hailing the acquittal of Lhukhosei Zou while also cautioning groups not to press the issue of furthering the case.

While the issue of whether Lhukhosei Zou was really involved or not is for the courts to decide, there is no doubt that something is wrong with the prosecution case. And, what is stopping the government from further pursuing the case? The other factor surrounding the case is that somebody is trying to paint a communal hue to the issue, which is unhealthy given the consistent efforts of N Biren Singh-led government to bridge the hill-valley divide.