'Dynamite' set a record for Kpop songs to reach the Top ten of the Billboard Hot 100 for the most weeks in history. 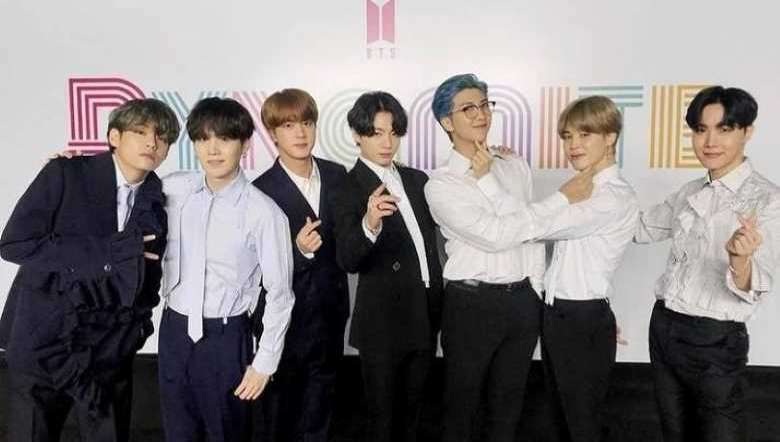 BTS, the seven-member Bangtan Boys, has set the house on fire with Dynamite, as it hit the top five on Billboard Hot 100 just after nearly five months of its release. With it, the uptown number smashed the record that PSY’s Gangnam Style set nine years ago and created history. It also became the fastest most viewed music video by Korean artistes on YouTube.

On Tuesday, as the Billboard Hot 100 chart updated the weekly song rankings, BTS’ single Dynamite suddenly popped up at number five to the surprise of their fans.

Shoes on, get up in the morn'
Cup of milk, let's rock and roll…

Dynamite set a record for Kpop songs to reach the Top ten of the Billboard Hot 100 for the most weeks in history. The previous record was 12 weeks and was held by Gangnam Style, the hit PSY Kpop music video released in 2012. Meanwhile, Dynamite has 13 weeks in the top 10.

Army’s (BTS fandom) were extremely excited about Dynamite’s ranking as well as the record that the song just set after the immediate announcement of the Billboard Hot 100 results. The netizens of Korea were shocked at the position of Dynamite since this was only the 19th week that the song was released.

The South Korean boy band was formed in 2010 and debuted in 2013 under Big Hit Entertainment.