Manipur Chief Minister N Biren Singh on the occasion of National Unity Day 2020 – Rashtiya Ekta Diwas – urged the people of the state to follow the footprints of the Iron Man of India in building a great nation, as his government is making efforts to bridge the gap between the valley and the hill regions for an inclusive development of the state.

“The day gives a message to everyone that despite differences in cultures and traditions amongst various inhabitants of the country, we can build a strong nation defending our unity, integrity and security by following the path of our great leaders. The state government has been taking steps to bridge the gap between hill and valley regions and move forward to bring inclusive development in the state,” Biren said. 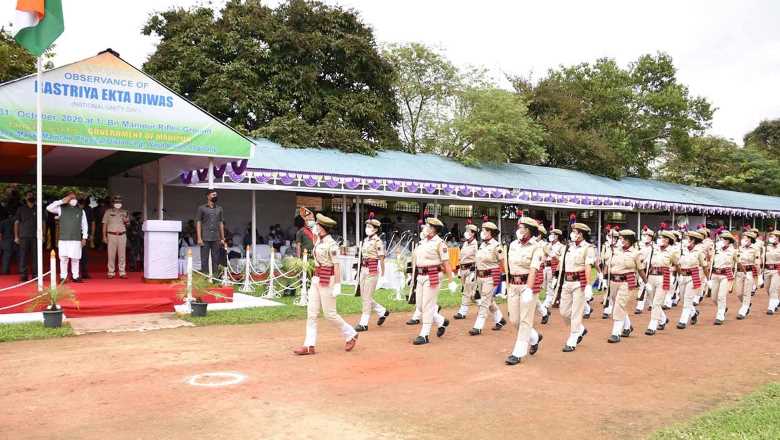 Biren was speaking as chief guest of the National Unity Day observance at the 1st Battalion Manipur Rifles Parade Ground in Imphal. The day is being observed on October 31 every year to honour the contribution made by Sadar Vallabhbhai Patel in Nation building. Under the leadership of Prime Minister Narendra Modi, the Central Government has been observing the National Unity Day since 2014, he added.

The chief minister recalled that Sadar Patel was one of the greatest freedom fighters who had participated in various freedom struggles against the oppressive rule of the British. As a national leader, he took part in many freedom struggle movement like the Peasant Movement, the Civil Disobedience Movement and the Quit India Movement among others under the Gandhian Principle, he added.

Biren also said that Sadar Patel served as Deputy Prime Minister after Indian Independence and took a great role in providing relief and rehabilitation to refugees. He is still known as Patron Saint of India’s Civil Servant for introducing Modern All India Services System. Apart from this, the leader played a major role in unifying the then British Provinces and more than 500 Independent Princely States, under the Indian Independence Act, 1947, making the country a strong Nation and a United India.

The chief minister also spoke on the COVID-19 pandemic in the state. He said that his government is still taking up many developmental works despite certain hindrances faced due to the pandemic. The state government had been coordinating with various Civil Society Organisations to contain the spread of the pandemic. In this regard, a new Standard Operating Procedure (SOP) will be issued soon. He appealed to the public to strictly comply with the SOP as prevention from the pandemic depends much on the commitment of each individual to fight the deadly virus successfully.