Pena - the mesmerising, and the fascinating social view

The music flows and moves with softness, boldness, narrative, melodic, rhythmic, and even martial movements are all seen in the various forms of performances by Pena balladeers 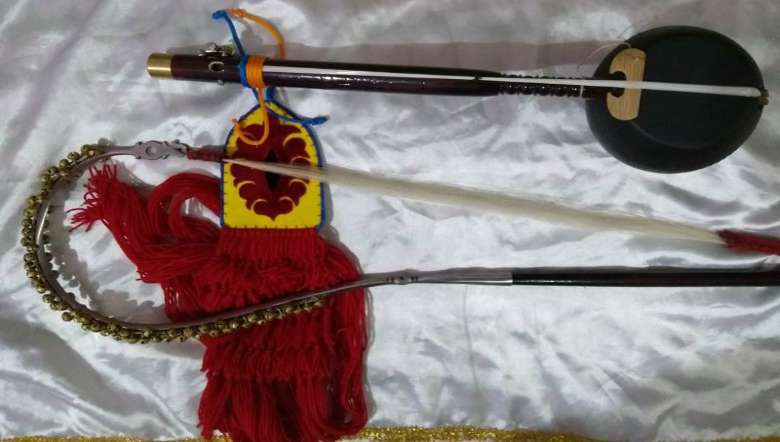 Pena, a spike fiddle instrument of the Meiteis of Manipur, has a long cultural relationship with the people of the community, since time immemorial, from the mythological era of gods and humans living together. As fascinating as it sounds, the Pena balladeer mesmerizes listeners, far and nearby the songs and sounds it gives birth. The music flows and moves with softness, boldness, narrative, melodic, rhythmic, and even martial movements are all seen in the various forms of performances by Pena balladeers. Now, little known to the outside world, the other side of the mesmerizing Pena, the perception of the society and the community, too is quite fascinating.

“No, it is not the 19th Century anymore, and Yes, dear daughter you are not allowed to play or sing the songs of Pena”. Touching the Pena is very sacred, sometimes scary and haunting. Must our body be pure, and holy in external appearances in order to hold Pena? Is it an instrument of the ancient deities? Asking reasons for the restriction is also prohibited for it will be taken as a disloyalty against the elders and some well-learned academic figures, hence, ‘Silence’ will be the best option. Public shaming will be imposed in a far greater rate nowadays, with the era of Information Technology at its peak. Give up and focus more on studies or any other job getting fields.

2. PenaBalladeers are still being considered low-class

With accordance to the manmade intangible social hierarchical discrimination, “Marrying or having relationships with a PenaKhongba will ruin the image of our prestigious family”. Family statuses in the society of any form of famed localities won’t agree to have any affinal kinship with Pena balladeers at any cost. The way he dresses, the songs he sings, family background, and all other related factors are being intensely considered, without knowing more of the inside reasons, capabilities, and truths. Seems like music and art can’t describe a person’s life.

3. Fusion or fission or just Confusion

The gradual immersion of Pena in the contemporary world of arts is a major challenge for the practitioners, listeners, critics as well as the celebrated mocking lot. The age-old culture and traditions of Pena seem to be too outdated or not compatible with the modern popular culture. With the influence and gradual arrival of the foreign art and media, the young minds and surprisingly, old minds too, are swept by the fancy, eye – catching, transitory beauties. Thereafter, the music and songs of Pena are mutated with the blend of various medium such as modern – pop music, or fusion – modern – impressionism music.

Only a small portion from the colossal world of Manipuri Culture, Art and Tradition is taken out, focusing more on Pena. Imagine, what else is happening being untold?

Dissection and documentation of what happened in the Past is a tough work, if scientific and solid evidence are always sought. Finding out more on what is happening in the present society does not seem to be that hard and is neglected most of the time. What might happen in the future creates anxiety for the deep thinkers and change bringers. Or we could all just sing Ray Evans’s - Que Sera, Sera (Whatever will be, will be)

(The view expressed is the writer’s own)