ADC Bill 2021: Total bandh cripples normal life in hill districts of Manipur
Several student bodies of the hill districts came out in support of the 24-hour total bandh called by ATSUM from the midnight of August 22.

The total bandh imposed in all hill districts of Manipur on Monday by the All Tribal Students Union Manipur over the issue of Manipur Hill Areas Committee-recommended Autonomous Districts Council Bill, 2021 drew mixed response. While normal life continued at a few places in some districts, most parts of the hill region witnessed total shutdown.

Security was beefed up, markets and shops remained closed and vehicles stayed off the roads in most parts of the hill districts as several student bodies came out in strong support of the total bandh called in all hill districts of Manipur -- Ukhrul, Senapati, Kangpokpi, Chandel, Churachandpur, Tamenglong, Pherzawl, Noney and Tengnoupal. 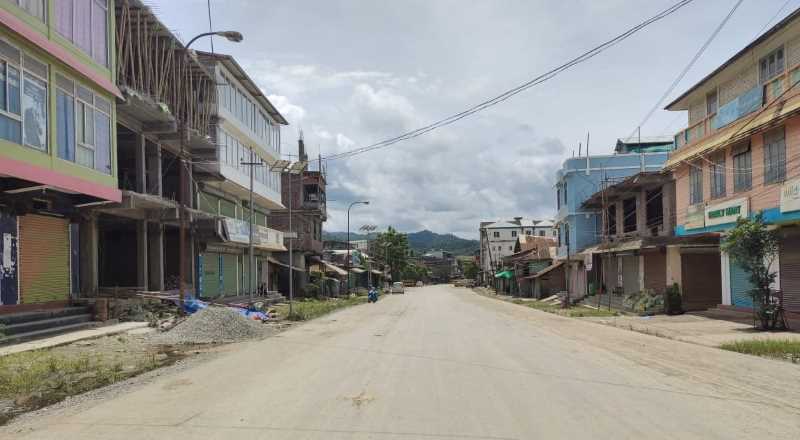 ATSUM on Saturday evening called a 24-hour total shutdown to express strong resentment against the state government’s non-tabling of the Manipur (Hill Areas) Autonomous Districts Councils Bill, 2021 in the ongoing state assembly session. However, emergencies-related works were exempted from the purview of the bandh. 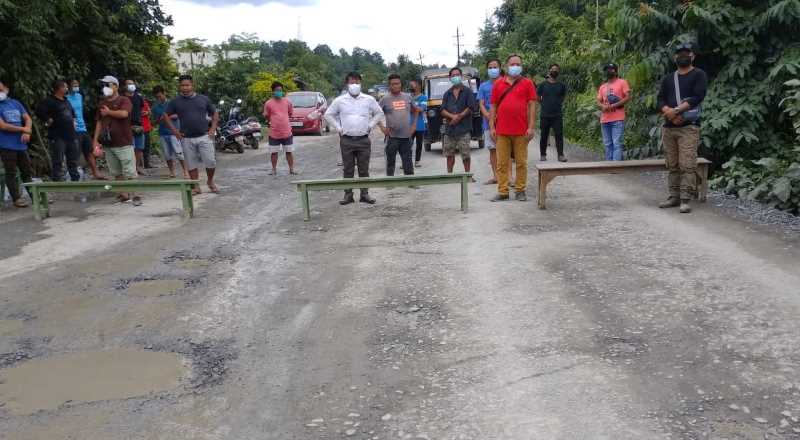 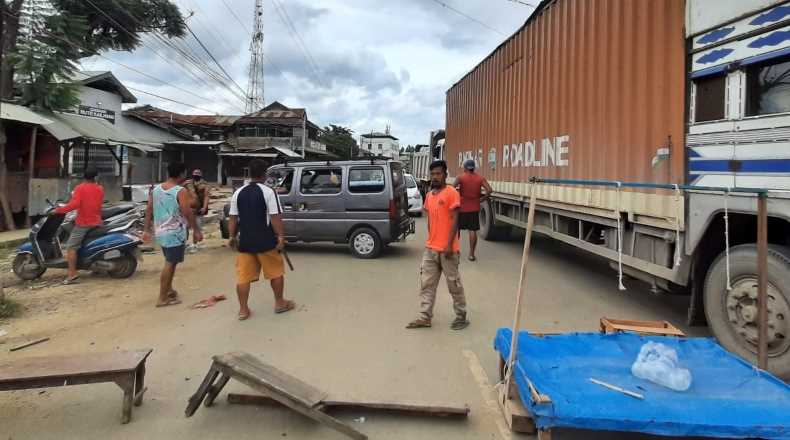 In Churachandpur, three main barricades were made at Tuibong area where only emergency service vehicles were allowed to pass. There was a reported scuffle at Kangvai area between the bandh supporters and some people from the neighbouring districts early in the morning. The situation was brought under control by the police with no injury reported. The bandh, however, was not effective at certain areas of the town like New Lamka where shops were opened normally with no bandh supporters on the road which may be due to the fact that the Zomi group does not declare their stand on the issue. 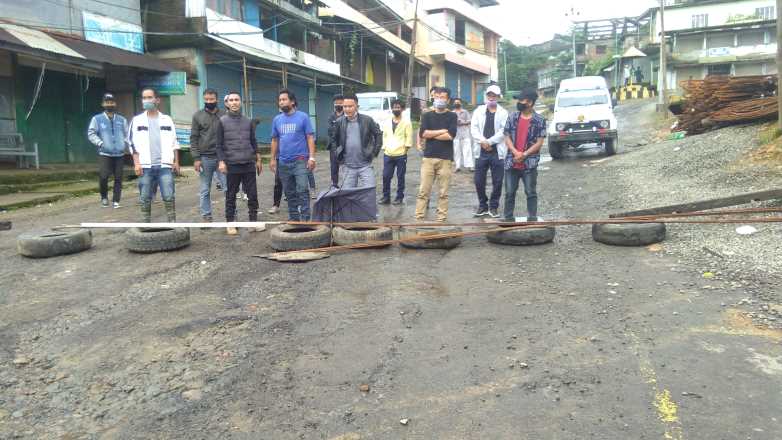 The volunteers closed down all government offices, all markets and kept the movement of public and vehicles under control. He said that all national projects in Tamenglong district were halted and they will continue to support the ATSUM in future, he added. 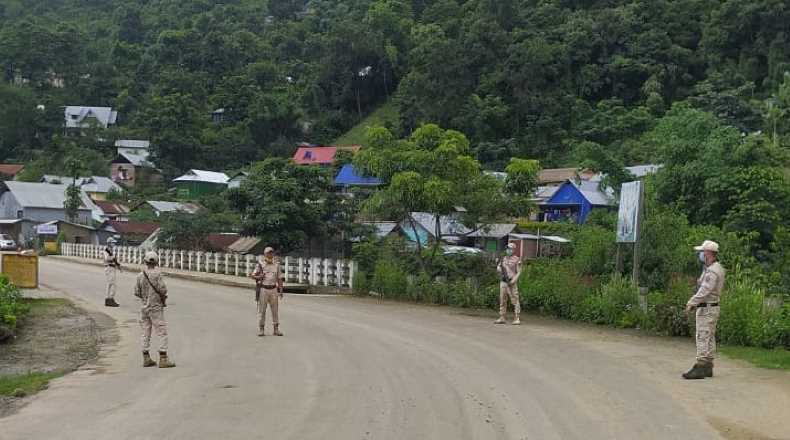 Security was beefed up amid the tension and police personnel were seen patrolling in and around Ukhrul town, Ukhrul district, Manipur (Photo: IFP).

In Ukhrul district headquarters, the bandh was effectively carried out with bandh supporters putting a strict check on movement of people and vehicles. No untoward incident was reported till the time of filing this report. Besides closing down the mini-secretariat office, the volunteers blocked the road, and they were also seen burning tyres at the main gate of mini secretariat Ukhrul. 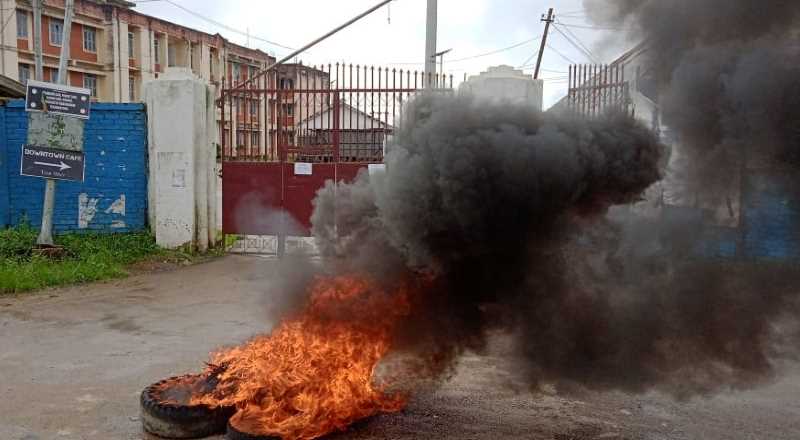 Tangkhul Katamnao Saklong (TKS), urging the state government to implement the bill in the ongoing monsoon session, warned that it will take up intense agitations if the bill is not tabled. TKS also appealed to the general public to show their maximum support. 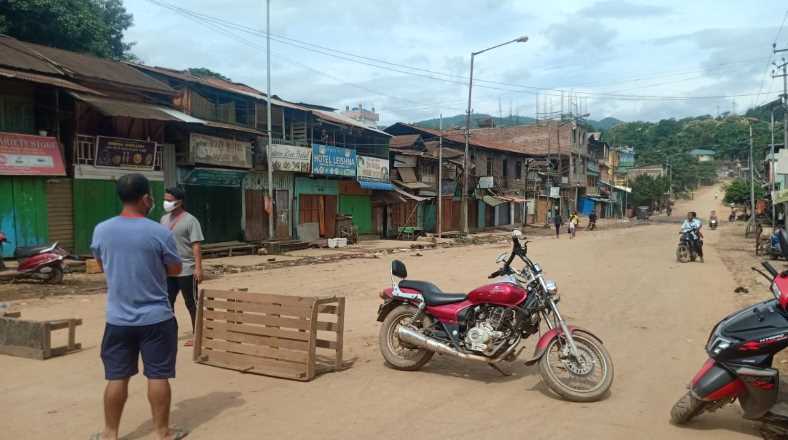 Supporting the bandh, the KSO Moreh enforced restrictions on movement of any vehicles. Shops and markets along with government offices and banks remained closed. Volunteers of KSO blocked the roads at different places and vehicles plying on the roads were stopped. Movements related to essential activities were allowed with proper verification. No unwanted incidents occurred at the time of filing this report. 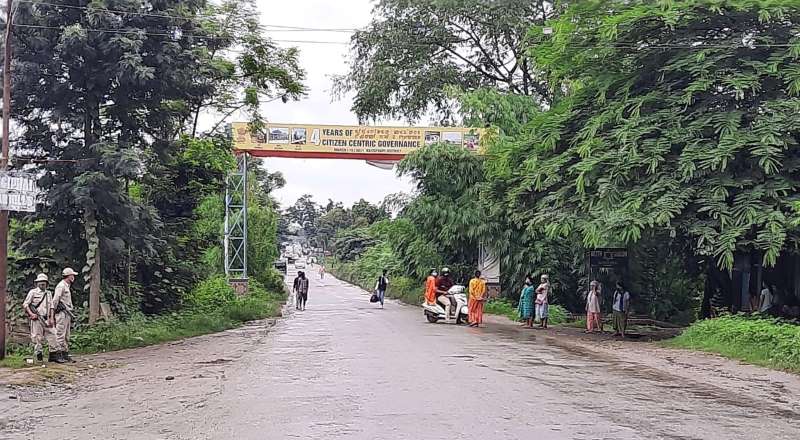 In Kangpokpi district, voluteers and supporters of the bandh were seen blocking the national highway-2 at Gamgiphai. All business establishment remained closed and movement of vehicles on the road were restricted by the volunteers. The bandh began as early as Sunday midnight at Kangpokpi town, and volunteers were seen blocking the Highway the whole night, restricting movement of vehicles. In the morning, the volunteers continued to enforce the bandh at Kangpokpi town and Gamgiphai. But no untoward incident was been reported till the filing of this report. Police were also seen along the Highway, monitoring the situation. 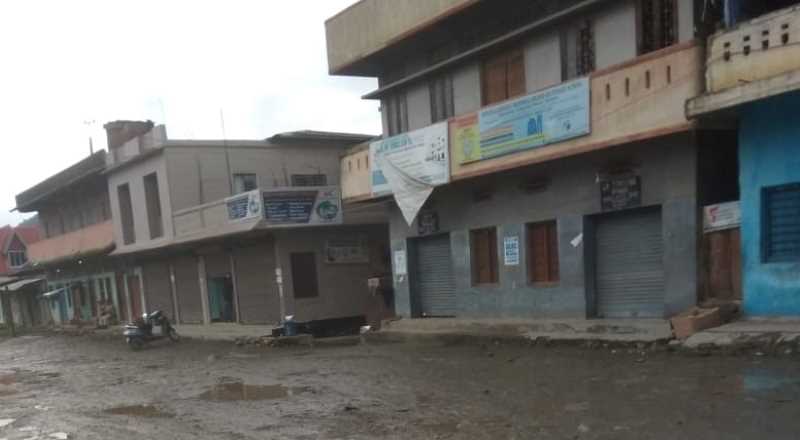 Meanwhile, the All Tribal Students' Union Manipur (ATSUM) has called for a 'Public Consultative Meeting' on August 24 at Amity Hall, Adimjati complex, Chingmeirong, Imphal to deliberate on further course of action for introduction of Manipur (Hill Areas) ADC Bill 2021 in the state assembly. 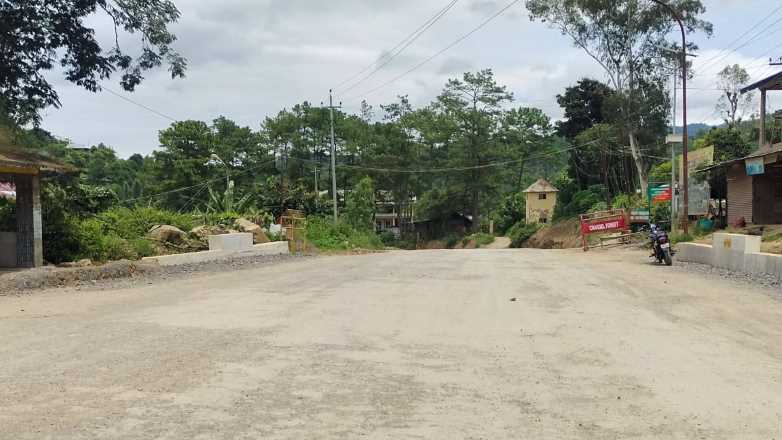 The road leading to Chandel from Imphal wore a deserted look as people in the district observed the bandh call (Photo: IFP) 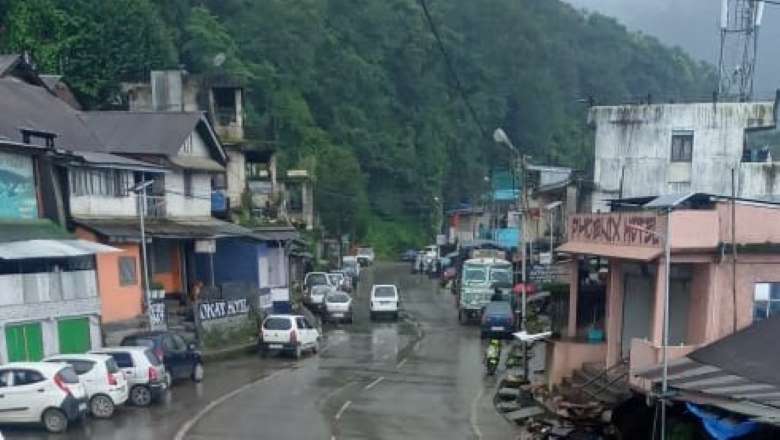 At Mao Gate, Maram Bazar and Tadubi bazaar areas, pharmacies and oil pumps remained opened and a few private cars and autos were seen plying on the road.

On Sunday, the public discourse convened on Sunday unanimously decided to oppose the government's move to table the Manipur (Hill Areas) Autonomous District Councils Bill, 2021 in the ongoing Assembly session. The public discourse was jointly organised by IPSA, ACOAM-LUP, IPAK, PANDM, KANGLAMEI, KIL, CLK and KSA. It was held at Nongmeibung, Imphal East on Sunday.

The discourse also agreed to invite all hill leaders and civil bodies to come forward for a transparent discussion and analysis of the content of the said bill and cooperate in working out an amicable solution to make an inclusive and judicious bill acceptable to all the stakeholders of the state.

Terming the Bill highly sensitive, the public discourse adopted several other resolutions. As per a resolution, the gathering agreed that the bill should not be tabled and passed without prior consultation with all the stakeholders of the state. It also claimed that bill contains the maximum provisions and objectives of the contentious “Naga Autonomous Territorial Council and Kuki Autonomous Territorial Council” which the people of Manipur have been opposing.

The resolution of the public discourse further appealed to all the people of the state, especially to the Hill brethren, to not fall into the half-hearted attempts of the elected few who are leading the campaign in the name of Hill Areas Committee, which could be very much vested interest on the eve of their coming election.