The first Manipuri feature film ‘Matamgi Manipur’ was screened as the opening film of the yearlong celebration.

The yearlong golden jubilee celebration of Manipuri cinema began on Friday with the observation of ‘Mami Numit’ (Birth of Manipuri Cinema), the day on which the first Manipuri feature film ‘Matamgi Manipur’ was released in 1972.

As part of the inaugural function, a memorial monolith of Manipuri Cinema being erected at the campus of Manipur State Film Development Society (MSFDS) was unveiled and Manipur chief minister Nongthombam Biren and eminent film personalities among others offered floral tributes to the departed pioneers of Manipuri cinema.

In honour of the first Manipuri film director SN Chand, a Cine Archive and Museum aimed at preserving the film heritage of Manipur was also inaugurated by the chief minister.

Director of ‘Matamgi Manipur’ Debkumar Bose, despite having personal health complications, came all the way from Kolkata to take part in the celebration. 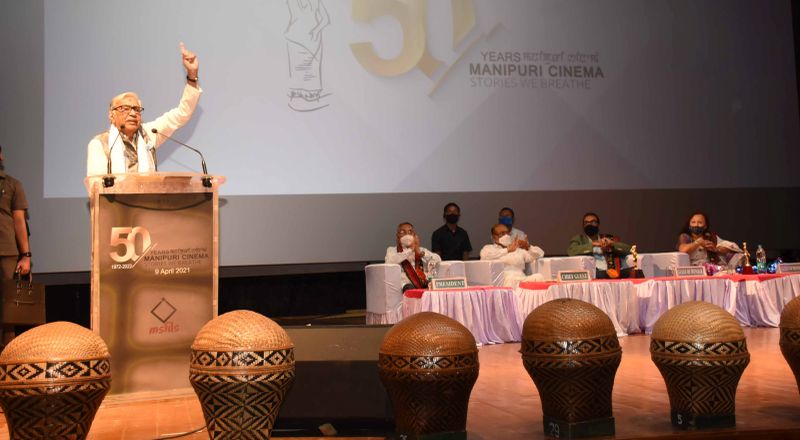 The 87-year-old became emeotional as he shared his experiences of working on the first Manipuri feature film, which led him to winning the President’s Medal in the National Film Awards.

“When I was asked how I can make a film in a totally different language, my answer was I know the language of cinema and it is universal. As my father Debki Bose always told me, lips just move, eyes do the talking and we understand the heart by looking in the eyes,” he added.

Stating that his dream is to witness Manipuri cinema shine and become best in the international level, he exhorted the film enthusiasts and the public to support Manipuri cinema.

A versatile artiste Yengkhom Roma who plays the role of ‘Eteima’ in ‘Matamgi Manipur, expressed that Manipur despite being introduced to cinema in a latter period, its journey of cinema is a successful one from the very beginning, with ‘Matamgi Manipur’ winning the President’s Medal and ‘Imagi Ningthem’ becoming the first Indian movie to win the prestigious Grand Prix at the Nantes International Film Festival in 1982. 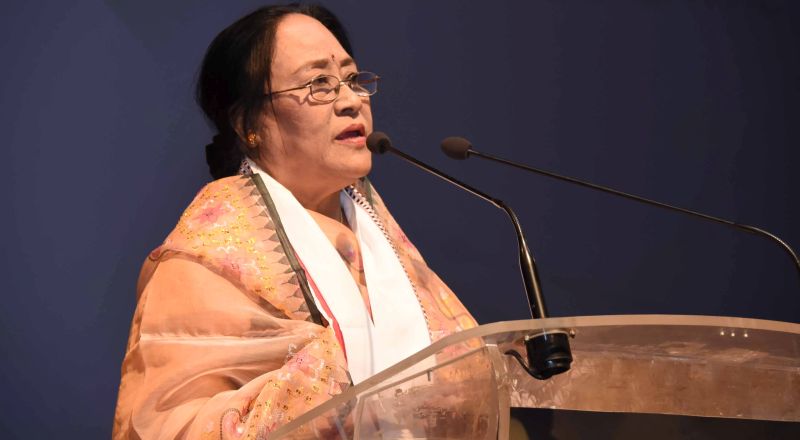 An emotional Roma also shared the experiences of shooting ‘Matamgi Manipur’ in Kolkata in 1971 during the Indo-Pakistan war.

Sadly, even though the inaugural function centered around Aribam Syam Sharma, who is a doyen of Manipuri cinema, he failed to turn up at the venue even though he took part in paying floral tributes to the pioneers. His dedicated seat on the stage remained vacant.

Secretary of MSFDS, Sunzu Bachaspatimayum, in his keynote address highlighted that the celebration has been designed as an initiative to take Manipuri cinema to the next level of growth.

“A variety of events have been planned to enable Manipur become a cinema hub. While the government has approved the Manipur State Cine Policy last year, a Manipur Cine Commission has been constituted a few days back for judicious implementation of the policy to address the grievances of the film community,” he said expressing confidence that the government will also take forward all the proposals for the holistic growth of Manipuri cinema.

He also said that the film archive will be fully functional very soon.

Speaking as the chief guest of the inaugural function, Biren, who is also the chairperson of the MSFDS, said that he is saddened on seeing the pathetic condition of the reels of old Manipuri celluloid films. 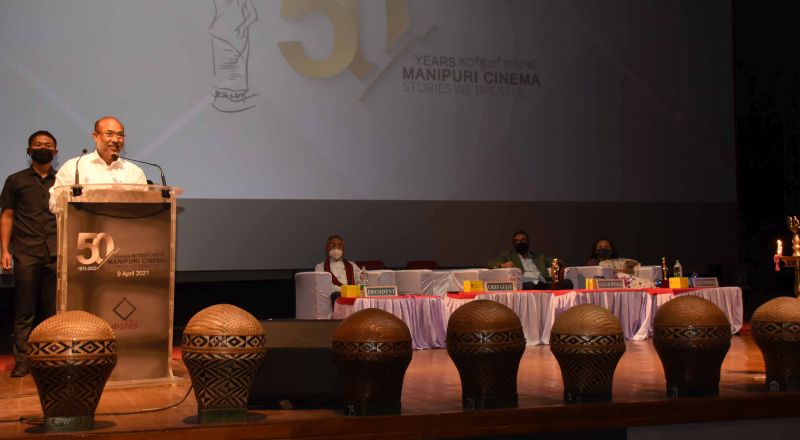 He said that lack of infrastructure and monetary support are major factors hindering the growth of Manipuri cinema in the international level. Nevertheless, we are striving for a good change. The museum and archive facility is encouraged and the government is ready to extend all possible support for promotion of Manipuri cinema, the chief minister assured.

Founder director of Film Heritage Foundation, Shivendra Singh Dungarpur, who was present as guest of honour, stressed that every film producing state needs to have an archive of its own and celluloid films should be preserved.

While saying that the digital medium is just a marketing tool where a new technology keeps on coming making the previous one outdated, he stated that celluloid is the sustainable option.

Shivendra further said that so many negative prints of Manipuri films are at the custody of West Bengal Film Development Corporation. He pointed out the need for preservation of film heritage and urged the chief minister to initiate a film heritage movement.

“Besides, film makers should give importance only to making films but to their preservation as well,” he added.

Filmmaker Manju Borah from Assam argued that cinema being an universal language, has its own regional colour and through this regional colour only, the world audience can be attracted. 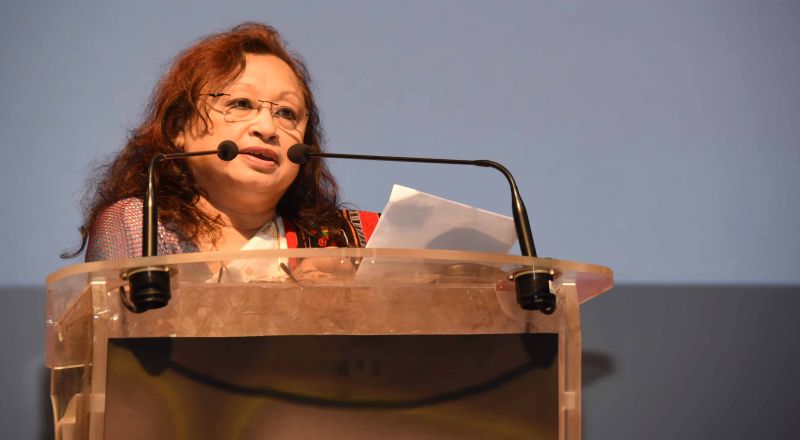 She maintained that the Northeast region does not have a sizable number of theatres and is still struggling when it comes to expanding audiences for its films.

However, despite all this and the turmoils shrouding the region, daring and passionate filmmakers continue to emerge from the region. The love for their culture and the desire to tell their stories of deprivation and anguish is the secret behind the success of NE films, she said.

Pioneers and outstanding artistes were felicitated during the opening function where a golden jubilee souvenir was released and Chief Ministergi Artist Singgi Tengbang was also distributed to beneficiaries.

In the afternoon session, the 13th Manipur State Film Awards 2020 were distributed.

Speaking during the occasion, Rajya Sabha MP Leishemba Sanajaoba assured that he will urge the relevant ministry for setting up of a film city with outdoor as well as indoor shooting facilities in the state.

In a heartfelt gesture, during the award distribution, director of Highways of Life Amar Maibam donated the cash he won for the Best Film Award to driver L Arunjit, who is the protagonist of his film.

The Best Film on Sports/social issue/ Investigation was won by Borun Thokchom’s I Rise. The Best Audiography Award was won by Ph Shananda Sharma, Akee Sorokhaibam and Tomba Khundrakpam (I Rise).

The Best Film Critic Award was won by Aken Sijagurumayum while the Lifetime Achievement Award was conferred to Ksh Rashi.