World Forestry Day 2021: Large-scale tree plantation carried out in hills of Manipur
An endangered species of turtle was released at the Dailong Biodiversity Heritage Site, which is located at Dailong village, about 12 km from the district headquarter.

Joining the world in celebrating the World Forestry Day 2021, remote Tamenglong district of Manipur marked the day with large-scale tree plantation at several places by security personnel and the release of an endangered turtle into the wild by wildlife enthusiasts and forest officials on Sunday.

The endangered species of turtle was released at the Dailong Biodiversity Heritage Site, which is located at Dailong village, about 12 km from the district headquarter. 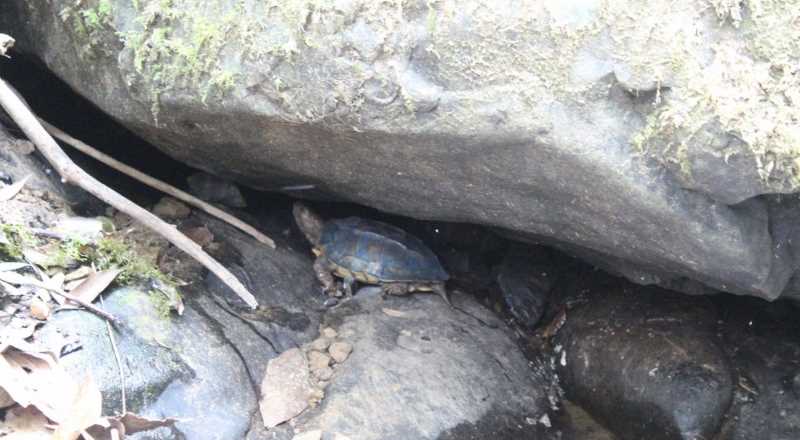 Dailong Village Authority chairman Keijinbui Gonmei appealeREAd to all the villagers not to hunt any wild animals in the Biodiversity Heritage Site.

Meanwhile, 44 Assam Rifles under the aegis of 22 Sector Assam Rifles IGAR (E) and carried out tree plantation drive in which varieties of sapplings were planted at battalion headquarters location and COBs Gelnel, Dikuiram, Azuram and Akhui, contributing towards the beautiful flora and fauna of the area.

The celebration of World Forestry Day was aimed to raise awareness among local populace regarding conservation of eco system and sustainable management of all types of forests for the benefit of the current and future generations, said 44 Assam Rifles Adjutant Major D Singh Gusain.

“This day is a reminder of the value of forests in the lives of living creatures. Forests play a major role in providing food, water and shelter to animals as well as human beings in uncountable ways… despite global warming alerts, deforestation continues at an alarming rate, with about 13 million hectares of forest destroyed annually.

“Afforestation drives at all levels will help conserve the vulnerable eco system. Local along with the school children showed their active participation in these celebrations and the initiatives of Assam Rifles was applauded by the local populace,” Gusain stated.

For the love of nature

Groundwater depletion and its adverse impacts