A chance incident empowered by knowledge brought huge profits and awards to once an unskilled mushroom cultivator from Manipur, Rajkumari Binita Devi.

Mushroom cookies, mushroom tea, mushroom noodles, mushroom powder, mushroom pickles… her bags are full and her stable is flourishing with the choicest of mushrooms that she cultivated for a living. Today her platter is filled with success, awards and huge profits. In an exclusive interview to the Imphal Free Press, an award-winning mushroom farmer from Manipur, Rajkumari Binita Devi shares her success story and encourages youths in the state to take up mushroom cultivation.

A housewife, Binita from Moirangkampu Sajeb, Tinseed road, Imphal East earns more than a lakh rupee in a month through mushroom farming and production. But she became a mushroom farmer not by choice but accident and journeyed on to become a successful entrepreneur and won several awards. 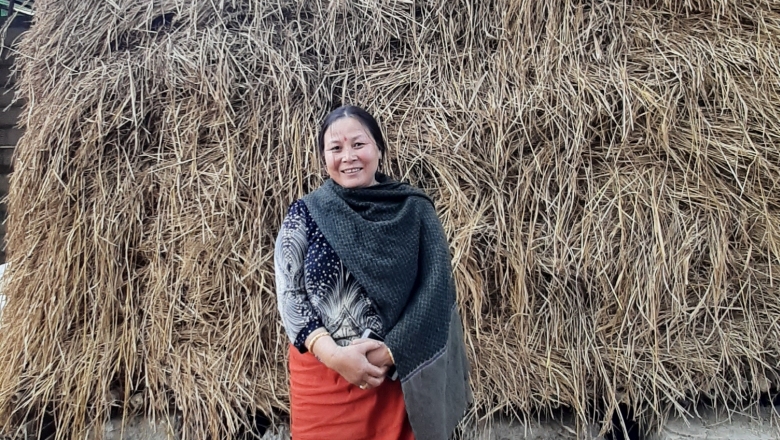 Narrating her story, Binita told the Imphal Free Press a group of boys who started a mushroom farming near where she lives left the farming materials at her house after the landowner told them to vacate their farming area.

“As the materials were left for long, I called up the boys and told them to take them away. But they did not take their things. Instead, they told me that they would come and teach me the techniques required for mushroom farming.”

The boys taught her the necessary skills and techniques and she began mushroom cultivation in a small scale with 50 poly bags and then 200 in a small room in her house in the year 2011. She gradually increased the number of bags to 400, said Binita. 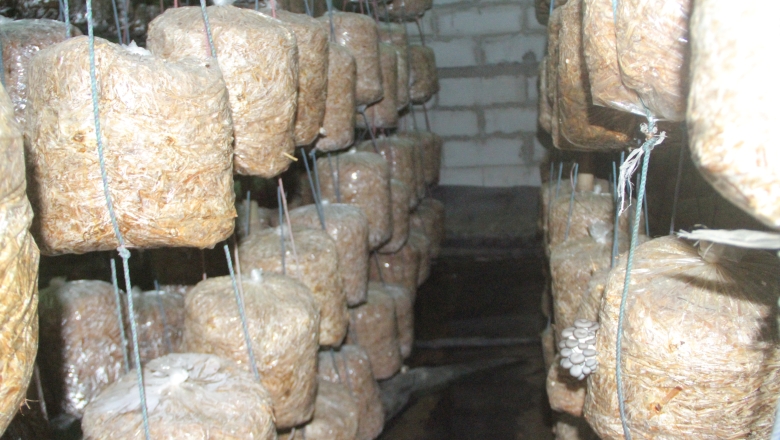 However, with no professional training, she could not yield the products successfully since some of the mushrooms would rot before she could reap the yield. Abandoning the cultivation for a few years, Binita joined a training programme on mushroom cultivation in June, 2016. She then resumed the mushroom plantation with 800 polybags, after which she could see her business gradually growing.

In the same year, Binita was awarded the third position on National Mushroom Day organised by ICAR, Imphal.

Her mushroom venture began to flourish as her customers grew. Her customers included a bank manager who helped her get a loan of Rs 7.5 lakh from the Bank of India in 2017. Thereafter she expanded her work shed and increased the mushroom production.

In October 2019, she was awarded the best farmer award at State Agri Fair by the State Agriculture Management and Extension Training Institute, Manipur. She also bagged the 1st prise in State Level Mushroom Exhibition organised by ICAR, Imphal in collaboration with the department of Horticulture and Soil Conservation, Manipur.

Before the pandemic, she could employ 10 people but during the pandemic she had to reduce the number to two persons. But she took help from family members to keep her mushroom production going full steam.

Explaining the expenditure and income generated through mushroom cultivation, Binita said she spends only Rs 50 in cultivating the mushroom in poly bags and it includes the price of straw, mushroom seeds, medicines, labour charge.

A poly bag produces around two kilogram mushroom in half a month in winter and in summer, the mushroom depending on the varieties could be sold within seven to 10 days.

The mushrooms are sold through local vendors, Manipur Organic Mission Outlets and another vendor in Delhi at Rs 160 per kilogram as the wholesale price.

Binita said 3,000 polybags of mushroom in a month can generate a profit of more than one lakh in a month. But it should be done with proper training and knowledge or else there may be no profit or even result in a loss.

“Addition of local taste is the unique selling point of my value-added products. As people are increasingly becoming aware of the several nutritional and health benefits of mushroom, demand for it is growing,” she said. 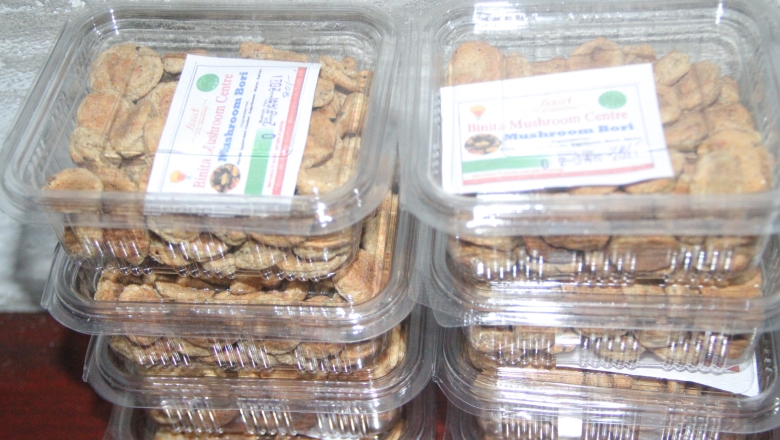 The production of valued-added products has helped to cater to people’s consumption choices, she said, adding the various mushroom products have increased the potential market and scope of her production.

Can she meet the demands in the market?

“Besides the demands in the state, I have received demands from outside the state but I could not supply it regularly,” Binita said.

Encouraging unemployed youths to take up mushroom cultivations, she said that it can be done without much hard labour.

Also, urging mushroom farmers to join fairs, workshops and seminars to get in touch with experts and gain more knowledge, Binita said she joined trainings and developed knowledge and increased her production.

She also said that the remnants of mushroom cultivation can be turn into vermicompost (fertilizer).