“There are no words to express how we are suffering since the village was gradually inundated from around 2012 and completely submerged in 2014."

Expressing the long suffering of the villagers of Chadong which was completely submerged by water released from the mega dam of the Thoubal Multipurpose Project, Chadong New Site chairman Yangkahao Kasar urged the government to fulfil their most basic needs which included water supply and road construction, and inauguration of the newly constructed schools and public health centre among others, at the earliest.

The Thoubal Multipurpose Project of the Manipur government had caused adverse impact on the surrounding villages, leading to their inundation by the water released from the dam since around 2012. Chadong village was the worst affected in the area as it was completely submerged by the dam water. Around 1,215 hectares of land was submerged and around 22 villages were affected by the said dam, as per official estimation.

During a visit to the village that was completely submerged in 2014 due to excessive water released from the Thoubal dam, Yangkahao said locals are suffering because the village is deprived of several basic needs till date.

"The villagers are disheartened by the irresponsible nature of the government as many assurances have been given since the 1990s to take various developmental steps in the village. However, till date, the village has not got anything except some amount of compensation that too in instalment basis. The villagers are waiting for the school to be inaugurated and start functioning," he said. 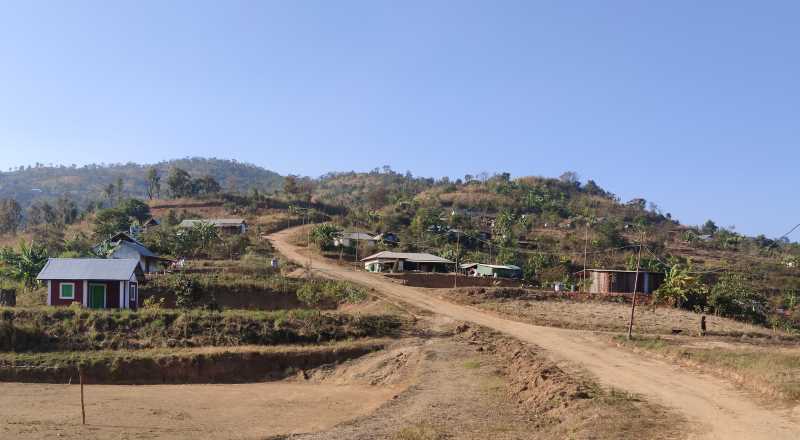 The new village site chairman said that the displaced villagers have been suffering for long as they had to start from scratch. They have been demanding the government to fulfill their basic needs as mentioned in the Rehabilitation and Resettlement of Chadong Village framed by the government.

“There are no words to express how we are suffering since the village was gradually inundated from around 2012 and completely submerged in 2014. We have been urging the authorities concerned to at least fulfil our basic needs such as construction of schools, church, public health centre (PHC), water supply, community hall and economic package of livelihood. Our demands are also clearly mentioned in the Rehabilitation and Resettlement of Chadong Village framed by the government. However, the majority of the demands are yet to be fulfilled,” Yangkahao said.

The chairman further said that the government is yet to take up much developmental works, but the school and primary health centre constructed by the Department of Water Resource has completed. The villagers would be grateful if the state government inaugurates the already completed school and PHC at the earliest, he added.

The villagers wished that the chief minister would visit the new site as a part of the Go to Village Mission, he said.

“We are the worst affected villagers by one of the major projects of the government. As such, the state government must address our problem with interest and willingness. But on the contrary, we are running from pillar to post for our basic needs. We would be very happy if our chief minister comes and witnesses the problem we are encountering as a part of his ‘Go to Village Mission’,” he lamented.

Stating about the water problem in the village, the chairman of Chadong Development Committee, Ramthing Kasar said that the state government had started constructing a water supply project five years ago but still incomplete. Due to incompletion of the project, the problem of water scarcity is increasing each day especially during the dry season.

Drying up of Thongjaorok river troubles farmers of villages in Bishnupur