Cool villages in green Tousem range slowly warming up
Villagers in beautiful Tousem hills of Tamenglong district in Manipur are experiencing unusually warm weather lately. Is it the climate change?

Remote villages situated in the rough terrain of Tousem range, the westernmost part of Tamenglong district, are considered the most neglected region by the government in Manipur. Yet, the place here remains one of the greenest areas in the entire state as found during a revisit to this natural environment after over a decade. Here, one can feel the hand of God as you listen to the birds chirping, and the wild animals are at ease.

Some years ago, a villager said that wild boars have to be hunted down instead of saving them because their population increases exponentially. He was trying to save his field from these foraging beasts. Pondering upon his comment, there seems some truth in it. If there is no external intervention the wild animals can be preserved even while hunting them for food in these farflung areas to maintain the ecosystem as well as the food chain system. 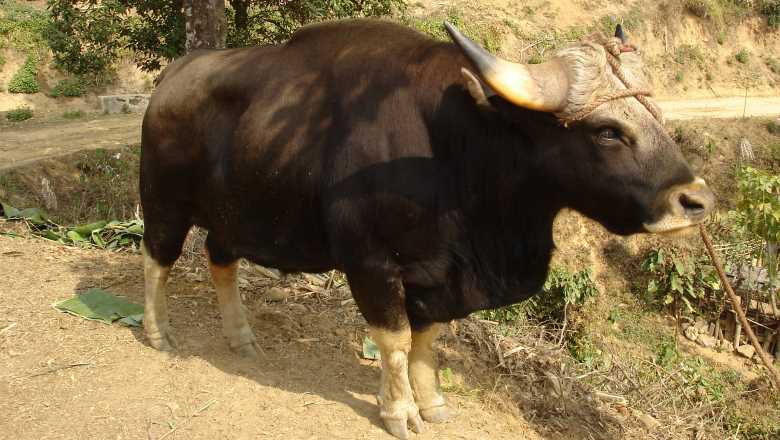 The land is covered with thick vegetation of varieties of big wild trees and bamboo plants. It's a nostalgic sight. Every now and then one will come across huge trees growing above the village footpath, and many more tall trees deep down the cliff. Woodpeckers and bulbuls find their rest untouched by civilization.

A villager said that rarely landslides occur here as there is no direct environmental damage taking place around here.

With the setting in of winter season, one can take a panoramic view around you starting from east, north, west and south. It is refreshing to view all the magnificent mountain range sleeping with the furry forest clads on their back.

Taking a lower angle, one can see the meandering Barak River faintly sparkling down towards the south. If we go to the other side of the mountain range, there is the Makru River, hinting us that she has more Fahrenheit values than her sister Barak.

As one arrives at Tousem village amid the lap of nature, you are greeted by genuine smile and of the villagers, the pig, fowls, mithun, cows, buffaloes, and birds making unruly noise. The sticky rice wrapped in banana leaves and steamed-cook packet delivered from the local hearth is 100 per cent organic food. One taste of it, then we know that the milk of our Mother Earth is indeed the best a man can taste anywhere in the universe. And I thought to myself, ‘Why should we die of any illness when nature is so kind to us?’

One kind woman said, “If you had come during the maize season you would have tasted more of this natural food. We don’t use any fertilizers in our field. The vegetables here are all tasty. That is why I don’t want to go to Tamenglong HQ because we have to buy those alu (potatoes) and rice from shops,’ and she stops short of mentioning the chemicals in those foods sold in the town markets.

When inquired about the farmers who used to go to their fields at the bank of the river, they informed that they are willing to bear the heat of the sun and work; but it is becoming hotter every year. About 10 years ago, the highest temperature in the district was only about 28 degree Celsius. Now, it has steadily climbed to 32 degree Celsius on some summer days. Is it the Climate Change that is impacting the temperature of this beautiful hill region?