The woman from Myanmar was in Tripura Jail for six months. She was brought to Moreh town by a police team.

Under the order of Foreigners Division of Ministry of Home Affairs, Government of India, a woman from Myanmar, who was in Tripura Jail for six months, was repatriated to Myanmar on Monday. 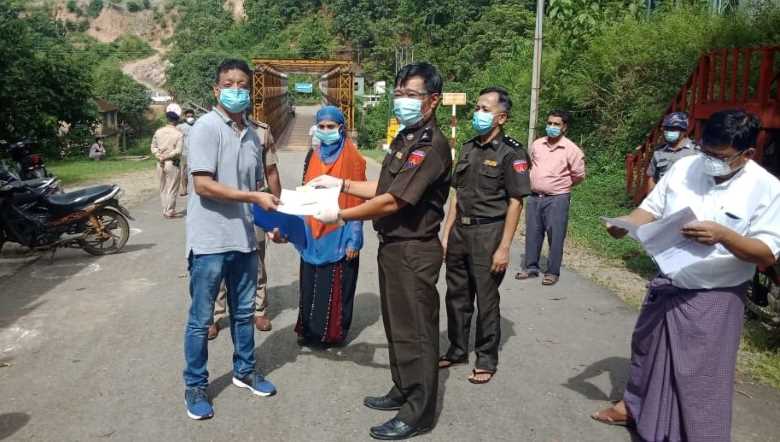 The Myanmar national was identified as Sonowara Begum, 21, daughter of Abdul Halak from Mongdaw Township of Rakhine State, Myanmar. She was sent back to her country after she completed her jail period at a protective home of Tarangar, Mohanpur, West Tripura.