The commanding officer, Viplav Tripathi was reportedly returning from Behiang company post to his battalion situated near Khuga dam, when the convoy was attacked.

The Commanding Officer of 46 Assam Rifles (AR) and his family along with four AR personnel were killed when the convoy carrying the CO was attacked by militants at S Sehken village in Churachandpur district on Saturday.

According to sources, the incident occurred around 10 am under Behiang police station close to the Indo-Myanmar border.

The Commanding Officer, Viplav Tripathi was reportedly returning from Behiang company post to his battalion situated near Khuga dam, when the convoy was attacked. He was accompanied by his wife and six-year-old son. 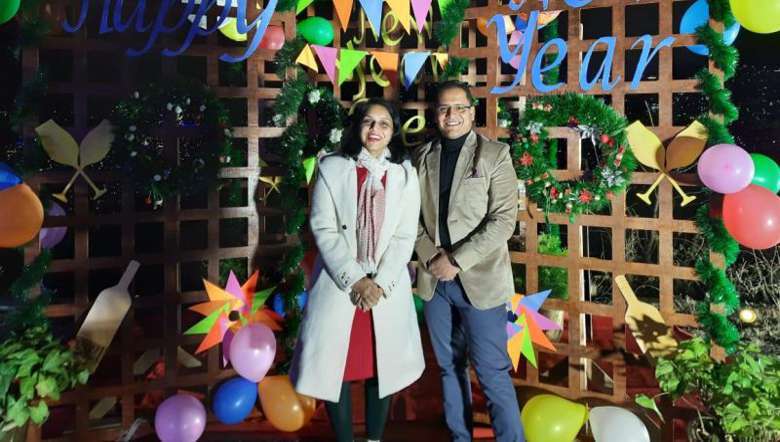 The deceased CO and his wife

At least six other jawans, including a havildar, driver of the CO and three Quick Reaction team also sustained injuries in the attack. Of the total injured, the havildar was evacuated to Shija Hospitals in Imphal with severe injuries.

Sources further informed that the militants first exploded an Improvised Explosive Device (IED) followed by volley of firing with automatic weapons. It is learnt that the CO’s convoy comprised of four vehicles with 16 AR personnel.

Soon after the incident, a team of security forces comprising Army, AR and police rushed to the spot. Sources from the AR said search operation is still in progress till the time of filing this report.

As per the local source, the area was once controlled by the Zomi Revolutionary Army (ZRA), currently under the tripartite Suspension of Operations (SoO) agreement with the state and Centre.

Meanwhile, Manipur Chief Minister N Biren Singh strongly condemned the incident and said that such a cowardly act will not be spared easily.

"Strongly condemn the cowardly ambush attack on a convoy of 46 Assam Rifles which has reportedly killed six persons, including CO and his family at S Sehken village near India-Myanmar border in Churachandpur District. The State forces and the Para military are already on their job to track down the militants. The perpetrators will be brought to justice," CM Biren said in a Facebook post.

The chief minister also visited Shija Hospitals, Imphal to check up on one of the jawans who was badly injured in the ambush and directed the officials and hospital authority to provide the best medical care for the jawan.

The Raj Bhavan, Imphal, said in a statement, that the governor is "shocked" to hear the news of the killing of the Commanding Officer, along with his wife and son and four other Quick Reaction Team (QRT) personnel in the ambush.

Condemning the attack, Union Defence Minister Rajnath Singh said that the nation has lost five brave soldiers, including CO 46 AR and two family members, while assuring that the perpetrators will be brought to justice.

"The cowardly attack on an Assam Rifles convoy in Churachandpur, Manipur is extremely painful & condemnable. The nation has lost 5 brave soldiers including CO 46 AR and two family members. My condolences to the bereaved families. The perpetrators will be brought to justice soon," the defence minister tweeted.

(With inputs from Churachandpur correspondent)