Chinese pangolin rescued, released into the wild in Tamenglong

The endangered pangolin, a Schedule 1 species under Wildlife Protection Act 1972, was rescued from a roadside in Longchai village.

A Chinese pangolin (Manis Pentadactyla) weighing around 4 kg was rescued on Monday and released at Longchai Community Reserve Forest under Tamenglong forest division.

The endangered pangolin, a Schedule 1 species under Wildlife Protection Act 1972, was rescued by the Longchai village Authority, youth club and students union on the roadside between Longchai to Aben village, forest wildlife conservation activist TR Philemon said. No injury was found on its body while rescuing, he said. 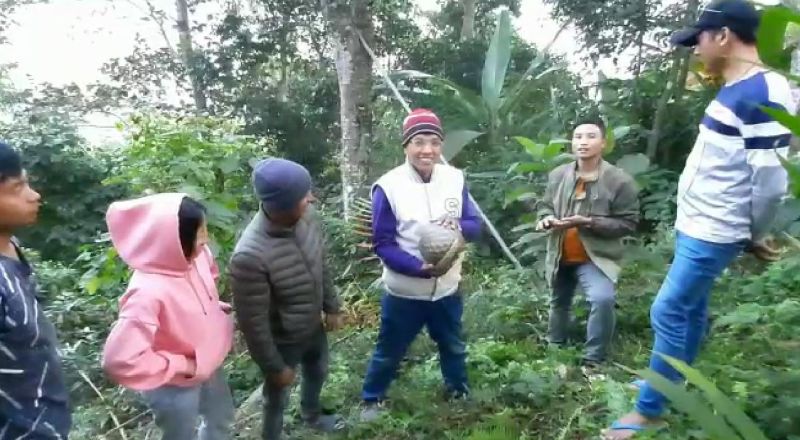 The Longchai villagers appealed to all, particularly the villagers under Tousem sub-division, to continue preserving wildlife and ensure that future generations can enjoy our natural world and the incredible species that live within it, Philemon added.