If Abdul Nasir had won, he could have been made a minister and a Meitei Pangal representative in the Biren Singh-led Council of Ministers as he was among the Congress MLAs who saved the BJP-led government. 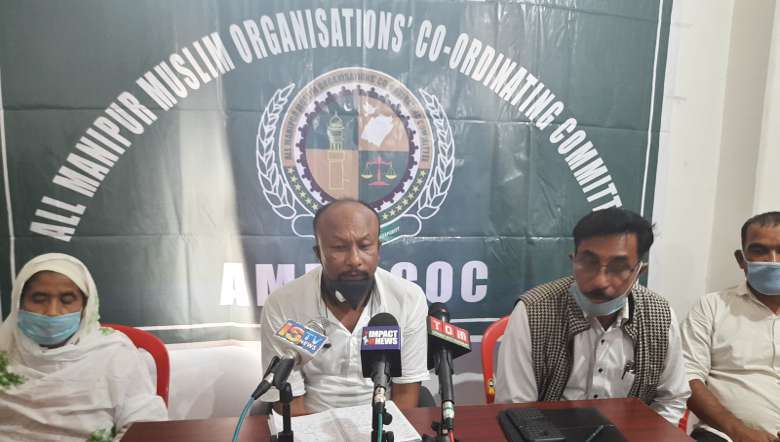 Several Muslim organisations have come up with a demand for a Muslim or Meitei Pangal representative in the Council of Ministers led by BJP’s N Biren Singh. Strangely, there was no such demand when the BJP-led coalition government was formed in 2017 while the state electorate returned three Muslim representatives in the state assembly. Out of the three, two were of Congress in the person of Abdul Nasir from Lilong and Fazur Rahim from Wabagai while the other was Independent Asabuddin from Jiribam constituency who went on to support the BJP led ministry. The drama of how Asabuddin went missing after he landed at Imphal airport from Guwahati along with Congress minister Abdul Nasir is still being talked about. The Congress leadership had raised a hue and cry over the alleged abduction by BJP and arm-twisted to support BJP. But, there was also a question mark on whether he came willingly with the Congress minister or he was ‘abducted’ from Guwahati.

Anyway, it is an old story now. Asabuddin had recently been accommodated as the chairman of the Manipur Tourism Development Corporation after Dr S Ranjan resigned.

Even the story of how Abdul Nasir saved the Biren Singh-led government by absenting himself from the assembly session on the day of the trust motion and resigned the next day along with five other Congress MLAs has become history now. Unluckily, he was defeated by his lone rival, another Independent Antas Khan, who was also a BJP ticket aspirant. In 2017, Nasir won by a slim margin defeating his nearest rival Antas Khan. Questions are being asked now as to why Nasir lost in the by-election. While the other five Congress MLAs went and joined BJP in New Delhi, Abdul Nasir registered a new party and contested as an Independent MLA supported by BJP. Somehow, he was reluctant to join and fight on a BJP ticket, for obvious reasons. Did his reluctance to openly identify himself with BJP or his supporting the BJP-led government by defying the 2017 mandate led to his defeat in the just concluded by-election? Or is it simply an anti-incumbency factor? Chief Minister N Biren Singh and central party leaders openly campaigned for him as promised. But, he was defeated by his rival Y Antas Khan, a former BJP loyalist and independent candidate by more than 3000 votes.

If Abdul Nasir had won, he could have been made a minister and a Meitei Pangal representative in the Biren Singh-led Council of Ministers as he was among the Congress MLAs who saved the BJP-led government. A seat in the ministry was intentionally left vacant in view of the by-elections to accommodate one of the winners. If one goes by district wise representation, Thoubal and Bishnupur is not represented in the ministry. The newly bifurcated districts with only one or two assembly constituencies are still nowhere in the representation narrative. With the dropping of Th Radheshyam in the recent reshuffle, the chance of either Lilong or Wangjing-Tentha representing the district was a possibility. Again if we go by ethnic representation, there are seven Meiteis and two each from the Naga and Kuki-Chin groups. So, Nasir had a clear chance of representing both Meitei Pangal and Thoubal district if he was returned by the Meitei Pangal dominated Lilong constituency.

The fact that Antas was a BJP loyalist would not cut ice with the line of thinking among the BJP leaders. The decisive question would be whether his support for the survival of the government is essential or not would only be considered in a new setting of the government. After the resignation of three-party MLAs as engineered by the wily Okram Ibobi, BJP was reduced to 18 from the original 21. With the results of by-elections and a favourable High Court verdict, the BJP tally has now increased to 23 in a house of 60 with an effective strength of 53. And it has the support of NPP, NPF, LJP, TMC and an independent bringing the number of MLAs in support of the government to 34. Even if NPP departs from the coalition, it will still have 30 in a house of 53.