Thoubal Hockey beat TWC, Tabungkhok by 3-1 goals to claim the champion title of the 1st W Joy Singh Memorial State Level U-14 Girls Six a Side Hockey Tournament 2022 organised by Hockey Union Lairikyengbam Leikai ground on Monday. As for the Boys category, Hockey Union and TWC Tabungkhok were declared Joint Winners resulting from unplayable ground conditions due to rain.

Manipur born and Canadian resident Aheibam Papak bagged 102th position in the Calgary Marathon 2022 held on May 29. Papak clocked 3 hours 30 minutes and 28 seconds to complete the marathon. Papak, who has been a regular feature in the long distance run, is making his fourth appearance in the Calgary Marathon. He is also eyeing to participate in the Chicago Marathon 2022 to be held in October. He is said to be the first Manipuri, residing in Canada, who had participated in several marathons held in New York, Edmonton, Tokyo.

Goalless in the normal time play, the match was decided by kicks from penalty marks where the Heirok team scored through Ricky, Kenedy and Obidhia. As for AG Academy, S Pinare and Premchandra found the target, but enough to save the game. 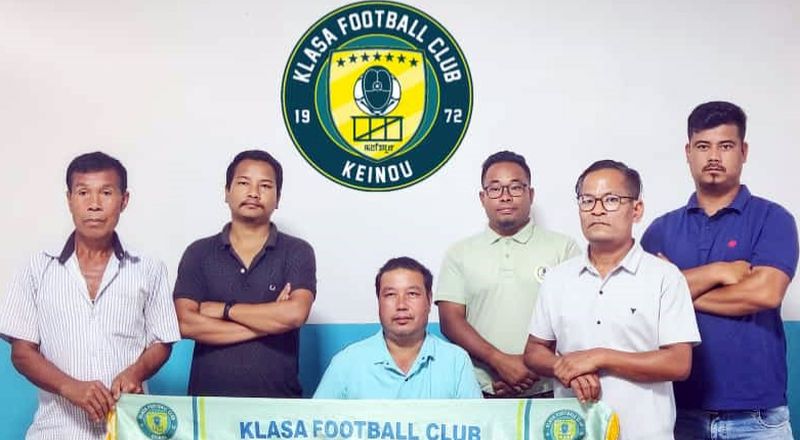 Manipur State League champion team KLASA Keinou has launched its Logo and Website at his conference hall in Bishnupur district on Monday. KLASA Keinou, president Y Norton Singh said, the newly upgraded logo will be used in every official correspondence and kits starting from today and the website-www.klasafc.com will be made available for news and details about the club at the earliest.

With the advent of the new initiatives, KLASA Keinou will embark on the 2022-23 season from Monday and will start making preparations to defend the MLS Champion title and will work towards seeking a place in the Second Division I-League, according to secretary, Ch Rakesh Singh.

Paulin Tholung and Darpol Sankhil scored a goal each for Thamlapokpi team for the top title while the host Angkhel Chayang lone goal was fetched by D Renghon and settled for the runners up title.