Only One Earth: A healthy planet is our responsibility and opportunity

World Environment Day is a great platform for leaders and governments everywhere to step up their sustainability commitments and transform their own activities and implement the policies that will enable everyone to solve the triple planetary crisis.

For the time being, climate change is not going anywhere, it is an alarming issue for us and our future generation. The fact is, we are the real culprit of climate change and now we are becoming a victim of this change.

Once again, we are going to celebrate the World Environment Day (WED) on June 5. This year, 2022, the UN theme is “Only One Earth”. The theme is meant to encourage people to commit and work towards achieving tangible goals and new solutions. It ranges from sustainable consumption and production to how we as individuals develop our relationship with nature, learn to understand its value as well as adapting our decision based on this value.

This theme was used for the first World Environment Day celebration which was held in Stockholm in 1972. Today, 50 years later, the message holds just as true. The planet remains our one and only home, and we must do everything in our power to protect the Earth’s finite resources. In fact, it is our responsibility and our opportunity to develop a close relationship with nature as well as adapting our decision making based on this value.

Presently, we are in a new normal of ongoing change. As the change is happening at faster rate, we are unable to react and adapt sometimes. Most of us have seen the change in the weather pattern (sudden erratic rainfall, no rainfall or sometimes heavy rainfall), forest conditions (deforestation, felling of trees in urban areas, encroachment), water availability (drying of river, lakes and even springs in the hills) and importantly, societal expectations. Moreover, we receive unexpected snowfall in winter months during the last decade.

Now, transport has becomes an issue all over the world in terms of greenhouse gases and global climate change. Studies suggest that in the last three decades, the level of carbon dioxide comes from the transport sector only. Studies suggest that climate shocks may negatively or positively affect a community, and the effects of climate shocks may be different because of the variance in 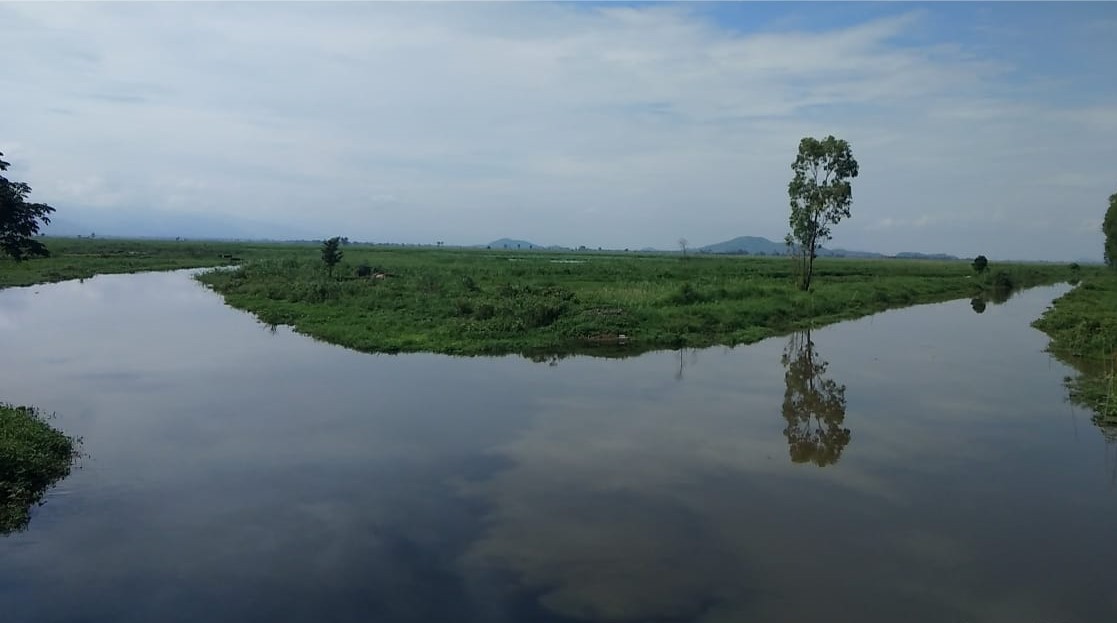 geographical characteristics and the capacity to cope with the shocks. Many scientists confirm the case of water crisis coming in the next few decades for sure. But these do not mean that there is no solution for solving the water crisis.

Moreover, deforestation and land degradation remain prevalent worldwide. Globally, deforestation continues at 10 million hectares per year due to agricultural expansion. As a reminder, deforestation is a major driver in the loss of biological resources and a major contributor to climate change.

India is one of the top greenhouse gases emitters. The country is the third largest emitter of greenhouse gases in the world. It accounts for 6.8% of the total global emissions. Studies suggest that the average carbon footprint of every person was estimated at 0.56 tonne per year– with 0.19 tonne per capita among the poor and 1.32 tonne among the rich.

Like a campaign, cooperation and inclusive decision making, with local communities and indigenous peoples, as well as recognition of inherent rights of indigenous people is integral part of environment conservation and protection. The Conference of Parties (CoP) is the most important worldwide initiatives aimed at reducing greenhouse gases emissions and slowing global warming.

The world can reduce emissions by 5.9GT annually if it pauses deforestation, ecosystem degradation and ensure its restoration. We can reduce transport emissions up to 4.7 Giga Tonne (GT) by using electric or solar vehicles, in private and public transport and encouraging people to walk, cycle and other forms of non-motorised transport by creating safe spaces.

To avoid a climate catastrophe, greenhouse gas emissions need to fall 45 per cent by 2030 and reach newt zero by 2050. It can be done if all governments ramp up their commitments under the Paris Agreement and take strong action now to slash emissions.

World Environment Day is a great platform for leaders and governments everywhere to step up their sustainability commitments and transform their own activities and implement the policies that will enable everyone to solve the triple planetary crisis.

The theme "Only One Earth" calls for transformative changes to policies and choices to enable cleaner, greener and sustainable living in harmony with nature. Every year celebration is planned according to the particular theme and slogan of the year to bring effectiveness in the campaign all through the world.