Tamenglong celebrates 76th Indian Independence Day with great joy, but no music for the parade

While the district celebrated the country's 76th Independence Day 2022 with great joy, no musical accompaniment could be provided for the parade display which was conducted with great pride and love for the motherland.

The people of Tamenglong in Manipur celebrated India's 76th Independence Day 2022 with great joy. The national Tricolour and grand I-Day welcome gates were installed at various locations. The verdant hill district HQ witnessed the biggest-ever Independence Day gathering since the COVID-19 outbreak. And, as many as 36 contingents joined the I-Day parade but, this time, without any musical accompaniment. 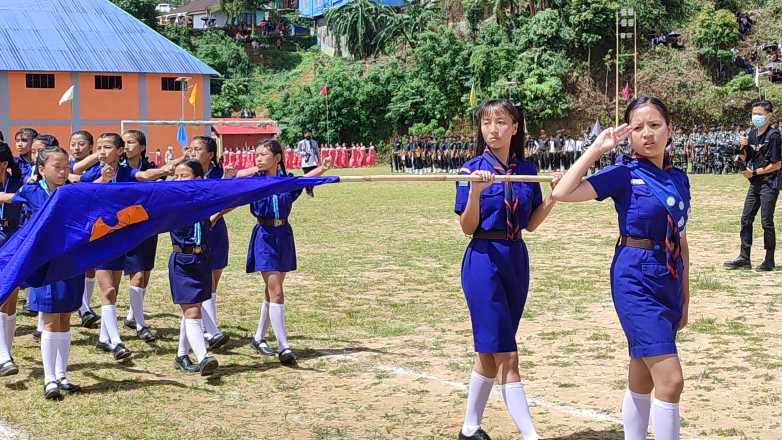 However, the participants of the 36 contingents, which included school students, 5th Manipur Police, Manipur Police, CRPF, ASHAs and ICDS workers led by general parade commander Paukhanmung Guite, Additional Superintendent of Police, Tamenglong, took out the parade with great pride and love for their motherland. 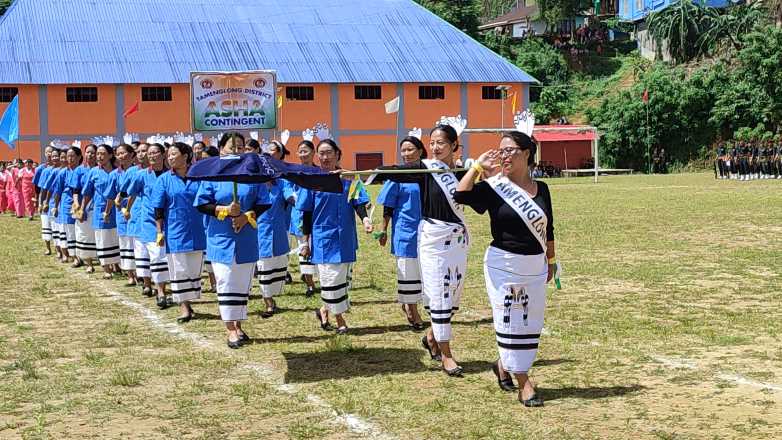 In his speech as chief guest, Yadav stated that the District administration, Tamenglong, which has 84 officials, has been undertaking several measures for multidimensional development in all fields by leaps and bounds. 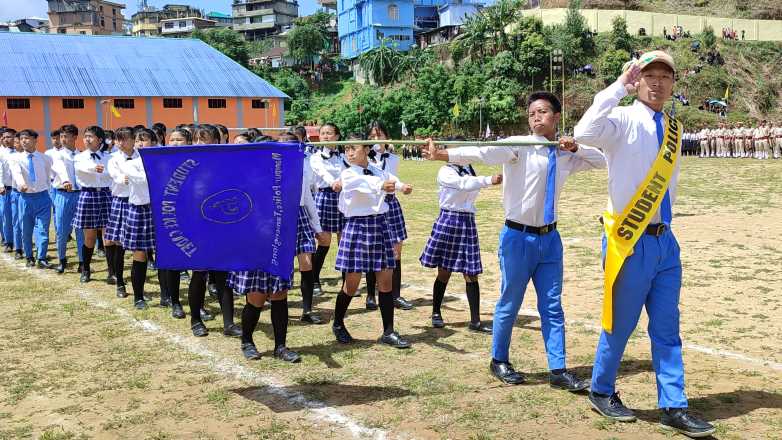 The depuy commissioner said the district administration has not only put sincere efforts to provide good governance but has also planned various innovative projects to improve the overall administration.

Yadav said that under the Health department, District Hospital Tamenglong received Kayakalp Award with cash prize of Rs 3 lakh for the year 2021-22. Under the Pradhan Mantri National Dialysis programme, Haemodialysis had started in district hospital Tamenglong, he said. 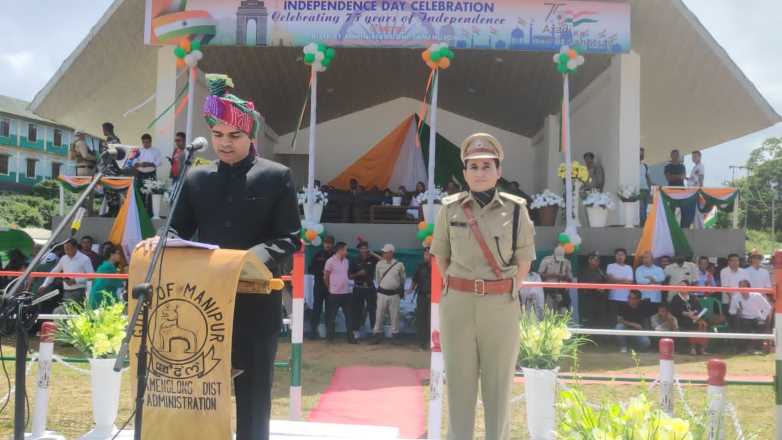 Yadav said that as many as 2,357 families are enrolled and provided CMHT cards while 24,299 beneficiaries have been provided PMJAY cards, so far.

The district administration planned to set up a functional blood bank at District Hospital Tamenglong and to have a fully functional District Early Intervention Centre, he stated.

The DC said the district police have also been performing their duty to avoid untoward incidents within the district. Tamenglong police, apart from checking regular crimes and cases, is carrying out frisking and checking on NH-37 to check unwanted social elements moving on the National Highway, he said.

The District Police is also carrying out poster and awareness campaign on War against Drugs, Crime against Woman, children and weaker section of the society etc, he said.

The deputy commissioner further said that under the Jal Jeevan Mission, Tamenglong, 75 per cent of water supply scheme works are completed and the target is likely to be achieved by December 2022. 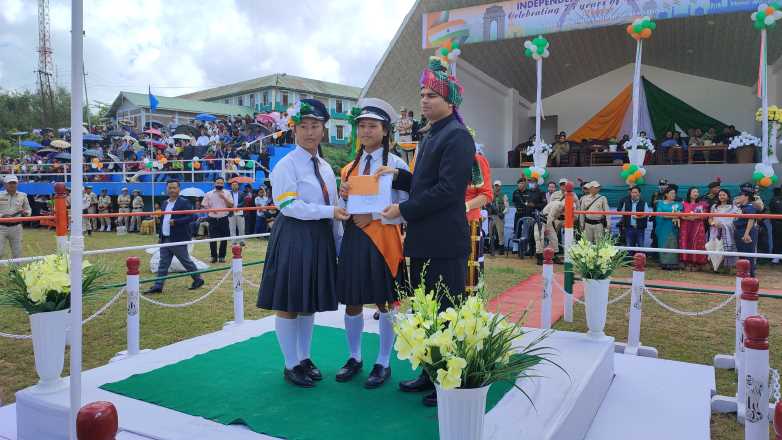 Addressing the students present at the celebration event, he urged them to work harder in the fiercely competitive world.

The district administration Tamenglong also gave out prizes for quiz and painting competition organised as a part of Azadi Ka Amrit Mahotsav. 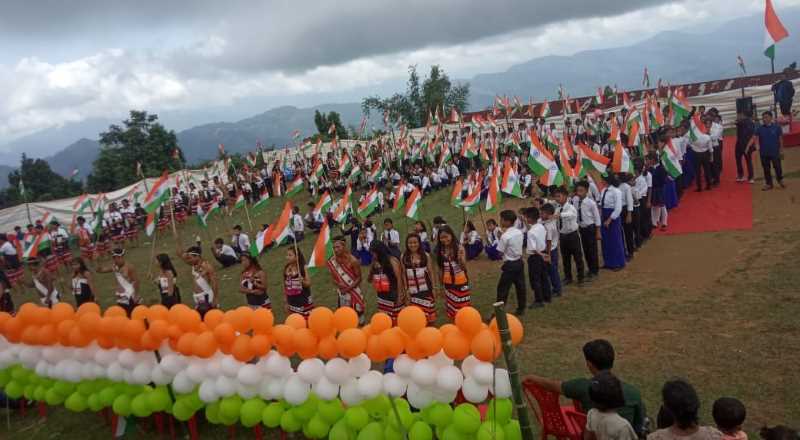 Meanwhile, Tousem subdivision under Tamenglong district also witnessed a vibrant and grand celebration of 76th Indian Independence Day with people of all age group taking part in the joyous occasion amid the scenic landscape.