The bailey bridge connecting Maram and Purul in Senapati district has been closed immediately after a 12-wheeler truck damaged it.

The bailey bridge over Barak River at Biisho village under Purul Police Station in Manipur's Senapati district is on the verge of collapsing after a 12-wheeler heavy vehicle crossed it early Tuesday.

According to the Purul Police Station OC Deependson, the bailey bridge was damaged by the truck carrying cement, which was coming towards Purul from Dimapur side. No casualties took place, he said,

Following the damage, the bailey bridge connecting Maram and Purul has been closed immediately by Purul Police Station for public safety and the truck will not be allowed to cross back until the bridge is repaired, the OC said.

However, pedestrians are allowed to cross the bridge, he added. 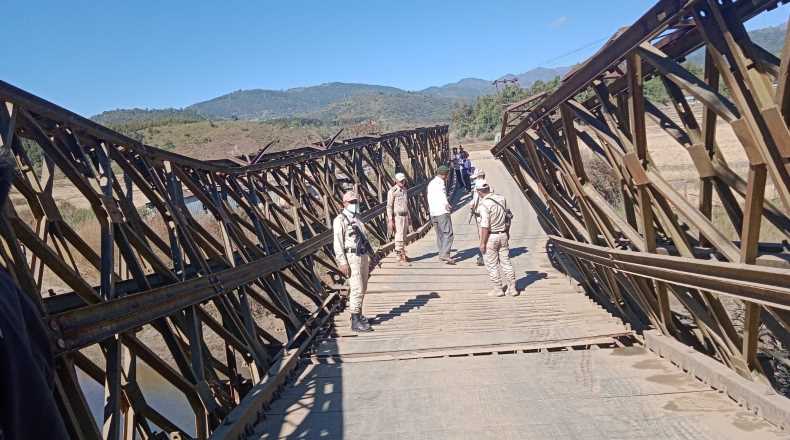 As of now, there are reportedly no immediate arrangements to repair the bridge. However, the OC of Purul Police Station informed the authority concerned about the situation.