Chief Minister N Biren Singh was the first to cast a vote in the Presidential election 2022.

Voting for the 16th Presidential election in which NDA candidate Droupadi Murmu is pitted against Joint Opposition candidate Yashwant Sinha was held at the Manipur Legislative Assembly, Imphal on Monday.

Chief Minister N Biren Singh was the first to cast a vote in the Presidential election 2022. All 60 MLAs of the state have cast their votes to elect the 15th President of India, which began at 10 am. 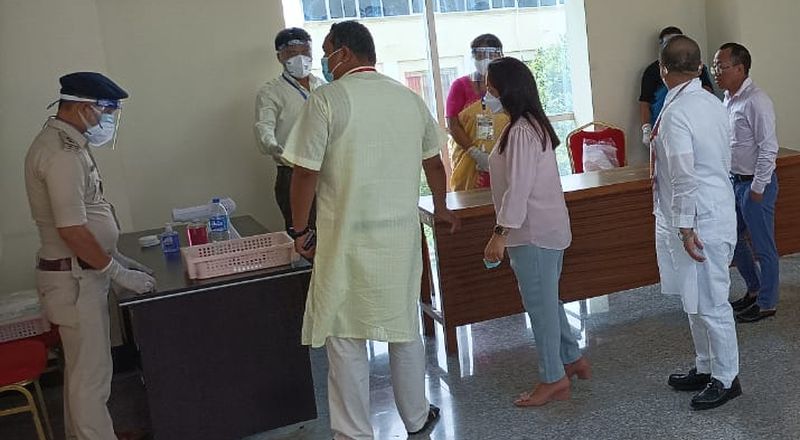 The counting of votes will take place on July 21 and the new President will take oath on July 25, as per the ECI schedule.

As many as 4,809 MLAs and MPs across the country will cast their votes in the Presidential election 2022 which will continue till 5 pm Monday. While there are 4,033 MLAs and there are 776 MPs, including 543 MPs in the Lok Sabha and 233 in the Rajya Sabha.