The 2nd North East Olympic Games 2022 basketball finals will be held on Tuesday at the NEIGRIHMS Indoor Basketball Court in Shillong.

Four different states will vie for the basketball gold medals at the 2nd North East Olympic Games 2022 in the men's and women's finals to be held on Tuesday at the NEIGRIHMS Indoor Basketball Court in Shillong.

Hosts Meghalaya stormed into the final of the women's category with a resounding 67-18 victory over Nagaland in the first semifinal of the day. Later on, they found out that they will meet Sikkim in the final after the latter defeated Mizoram by a mammoth margin of 81 to 32 in match three.

The men's final will be between Mizoram and Assam after they both came through their respective semis. Mizoram first defeated Manipur 96-62 before Assam edged Nagaland by the narrowest of margins in what was a nailbiter of a contest 73-71. 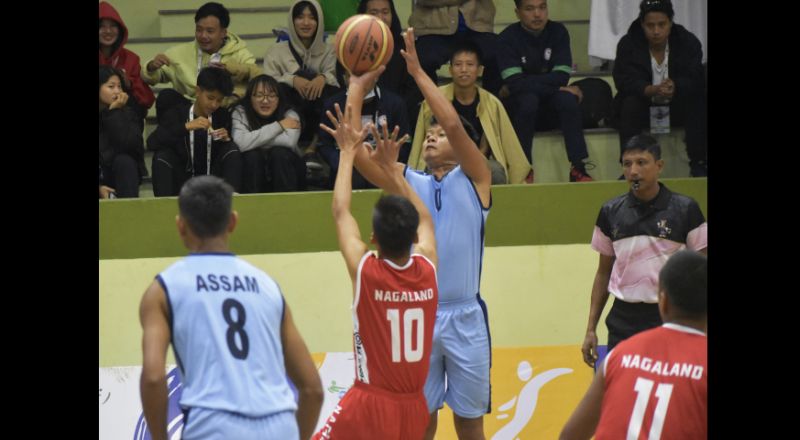 The bronze medal matches will be held first on Tuesday, featuring Nagaland against Mizoram in the women's category at 9 am, followed by Manipur against Nagaland in the men's at 10:30am.

The women's final between Meghalaya and Sikkim will then take place at 1pm and the competition will end with the men's title match between Mizoram and Assam at 2.30 pm.