This time, students who participated in the National Integration Tour visited Dehradun, Agra and New Delhi.

The Inspector General, IGAR(South) Assam Rifles on Saturday welcomed back the student participants of the National Integration Tour organised under the aegis of Spear Corps at its Mantripukhri Garrison in Imphal East.

The study tour was organised with the spirit to provide an opportunity to the children of Northeastern region to broaden their horizon through exposure to the heritage, culture, hallowed institutions, and varied lifestyles of people in other parts of India.

The tour includes visits to Dehradun, Agra and New Delhi. It was participated by 27 students (including 11 boys and 16 girls) and two teachers from Shangshak, Ukhrul district. It was flagged off on December 14. 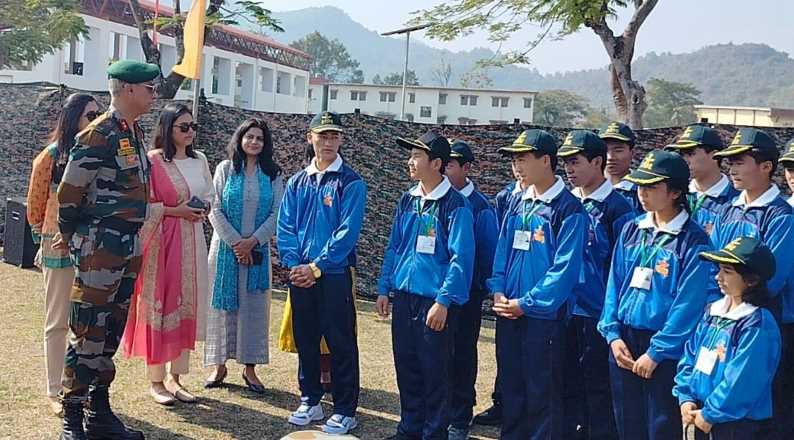 In a candid interaction with the students during the welcoming ceremony, the inspector general of AR enquired about their experiences during the tour, to which the children and faculty members expressed their joy and excitement.

Such a tour would enable the participants to develop a sense of oneness and foster bonds of friendship with people of other states, said IGAR (South) in a release.

The students also learnt about various career options which exist in the country, it said, adding that the tour provided great motivation to the students as they had the opportunities to interact with eminent personalities, including the First Citizen of the country.

“The icing on the cake remained the enviable opportunity to meet President Draupdi Murmu at Rashtrapati Bhavan,” it added.