“When the union home minister stated in the Indian Parliament on December 6 that the firing took place because the vehicle carrying the victims refused to stop, he rubbed salt on the collective wounds of the Naga people,” the memorandum mentioned.

Condemning the massacre of 14 Naga youths by the 21 Para Commandos of the Indian Army and Assam Rifles in Nagaland on December 4, the Naga community in Manipur held a sit-in protest in all the Naga-inhabited districts headquarters of the state on Saturday.

Concerning the incident, the United Naga Council (UNC), Naga Women’s Union (NWU) and the All Naga Students’ Association, Manipur (ANSAM) submitted a memorandum to Prime Minister Narendra Modi through an email, demanding for repealing of AFSPA as a precondition to the forthcoming Naga settlement. 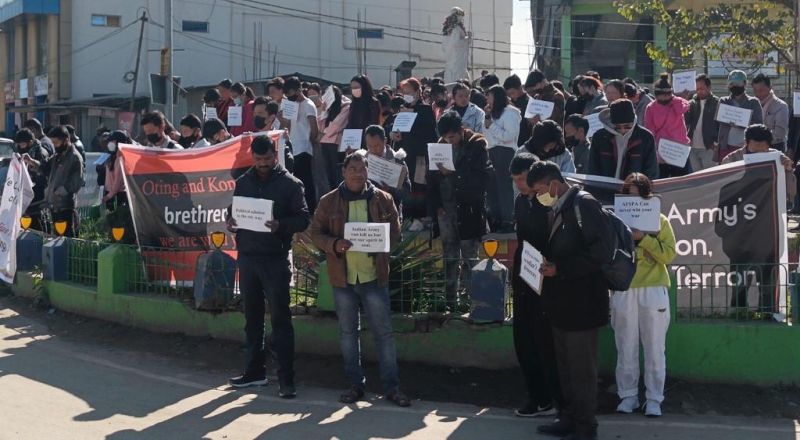 The memorandum mentioned that the incident (Mon firing) of such brutality is not new and they will not be surprised by more in future so long as the AFSPA, which allows the army to commit what it has done at the Oting-Tiru road –indiscriminate massacre, is not removed.

It stated that such an act was enacted to annihilate the Naga movement for their self-determination but more than six decades of death, torture, rape, detention, burning down of villages, groupings and all sort of unimaginable human rights and atrocities under AFSPA has only brought India to the international attention with its shameful records on human rights violations and disregard for human lives, it added.

More than 24 years of peace process and political dialogue is yet to result in an honourable and acceptable settlement, even though the Centre has recognised the unique history and situation of the Naga people, it stated. Even with this historical recognition, AFSPA continues in its most heinous form as seen today by the world on the Oting-Tiru road, it added. 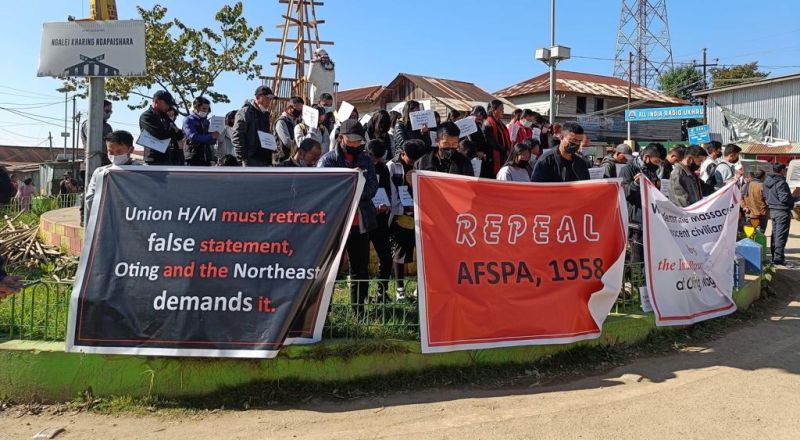 “When the union home minister stated in the Indian Parliament on December 6 that the firing took place because the vehicle carrying the victims refused to stop, he rubbed salt on the collective wounds of the Naga people,” it mentioned.

Questioning whether the home minister’s statement was sourced from AFSPA empowered agencies or from the eyewitness survivors and civil administration, it demanded that the record must be set straight and the onus for the same lies with the Centre.