The MHRC head called on the victims' families and the JAC to take the lifeless bodies, as it may force the state government to cremate according to law.

In connection with the January 9 incident at Samurou in Manipur which claimed the lives of two persons, a team of Manipur Human Rights Commission (MHRC) conducted spot inspection on Sunday.

The MHRC officials led by its acting chairperson Khaidem Mani conducted the spot inquiry at the place where Abujam John and Abujam Sashikanta were shot at and met investigation officer and members of the JAC formed in connection with the death. 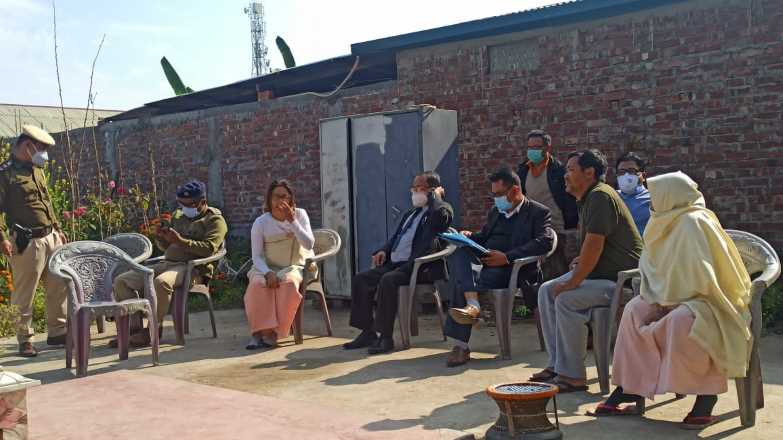 The acting chairperson also called on the victims' families and the JAC to take the lifeless bodies, as it may force the state government to cremate according to law. Khaidem further requested people to stop calling bandh along Mayai Lambi road.

Speaking to the media, Mani said that both families of the victims want prompt investigation and identification of the accused. The JAC also demanded opening of a police outpost near Samurou.

The commission stands with them for their genuine demand and will recommend the state government to open a police outpost, Mani said.