Around 85 houses suffered extensive damages due to the thunderstorm, rendering around 600 people homeless.

The thunderstorm that swept across the valley in the intervening night of Thursday and Friday has damaged a veterinary hospital, a pavilion in Wangoo, a community hall, around 208 houses in Pangaltabi and Chairel in Kakching district, Manipur. 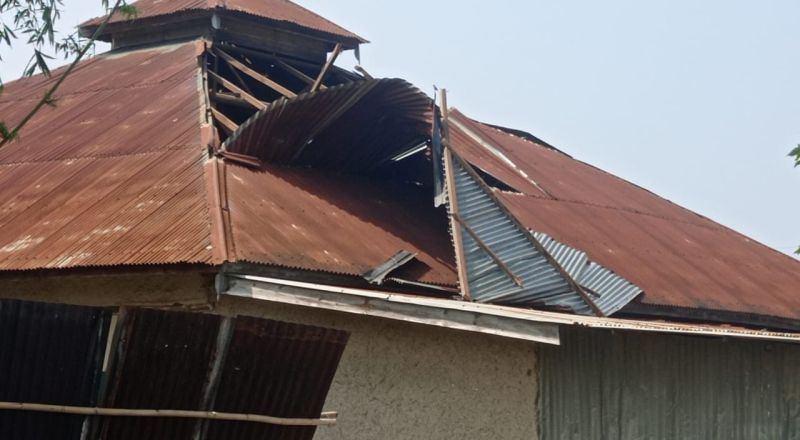 After the inspection, MLA K Ranjit expressed that natural calamities are always unpredictable. “We are lucky that there were no casualties during the thunderstorm,” he said.

He further assured to extend help and do what he can to ease the sufferings of those affected. He further said that relief camps for the homeless will be immediately opened by consulting with clubs and other officials concerned.

Minister of Disaster Management Awangbou Newmai also arrived to take stock of the situation. He also assured to provide relief to the affected people by consulting with the chief minister. 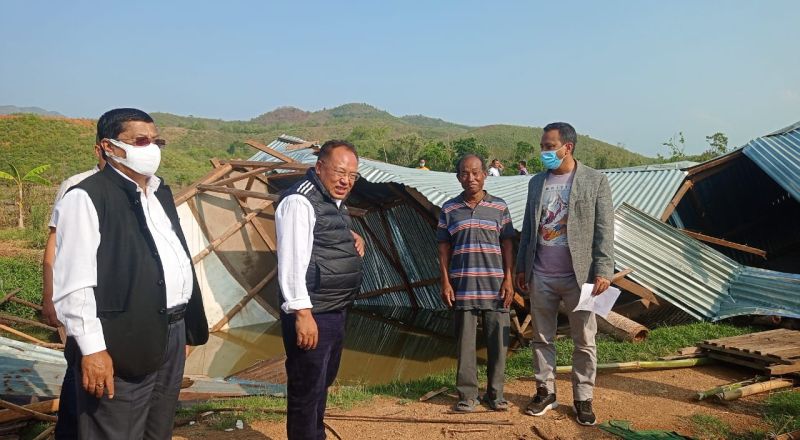 Meanwhile, the tin roof of a gallery at Khangabok, BASU ground was completely blown off by the thunderstorm that occurred on Thursday night.

The rooftops of several houses in Lilong were also blown off, as per sources.